Oh Canada! Are you planning a Canada Day party for July 1st?  It’s a great time to gather friends and family for a fun BBQ and celebrations. Here are some fun Canada Day party ideas to help you get started. 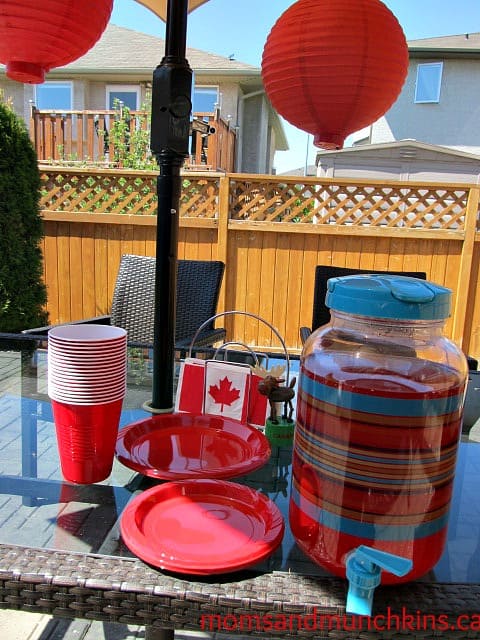 Want a mini fireworks celebration with the kids?  Try some fun sparkler candles in some red velvet cupcakes! 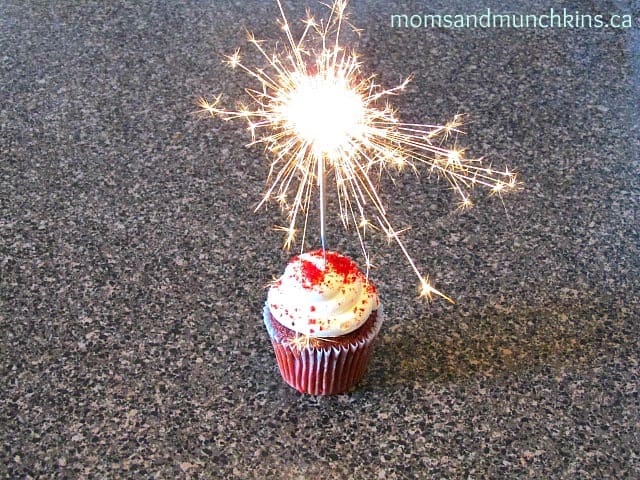 Food ideas could include some Canadian-themed barbeque foods such as burgers made from Canadian beef and topped with Canadian bacon. A fun & delicious side dish could be some poutine (now my tummy is growling!). You could serve cookies cut out in maple leaf shapes. Small Canadian flag food pics would be perfect on top of a burger.

You could play this free printable Canada Trivia game with your guests and award fun Canada-themed prizes. All of the answers have been included on the free printable game. How many of these questions can you answer correctly? 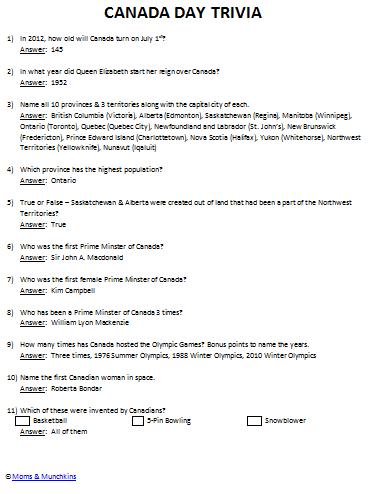 If you will be attending a party this year but not hosting, here are some fun ideas for a Canada Day Party themed hostess basket.

What makes you proud to be Canadian?