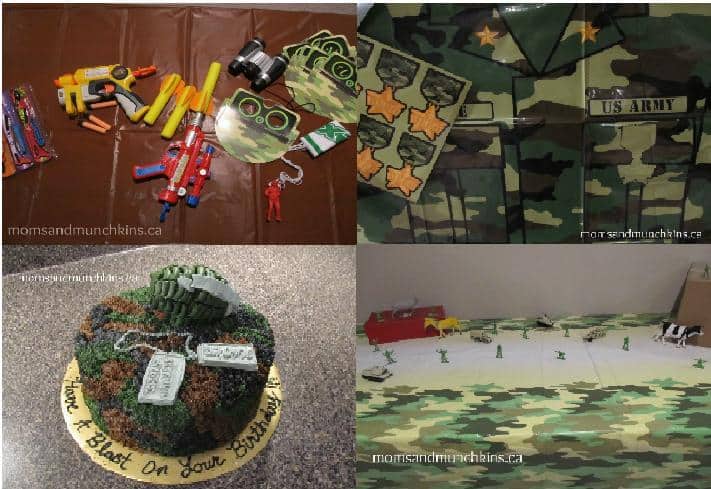 Do you have a child who loves camouflage and military heroes?  Then you’ll love these ideas for a Camo Birthday Party!  There are so many fun ideas for decor and games that you can create one of the coolest birthday parties for your little one!

You can easily create a military dog tag invitation with silver card stock paper.  Just print the intro on one of the “tags”, such as “You’re Invited to Commander {Child’s Name}’s Birthday Party! It’s Going To Be A Blast!”.  On the second dog tag, print the party details such as location (call it the “base”), time (print in the 24 hour clock format) and RSVP details for the Commander’s party.  From your local craft store, you can pick up a silver beaded chain to attach the two pieces (tags) of invitation together.

Camo colored decorations are a must – balloons, table cloths, banners, plates, cups, etc.  You can also set out small army figurines and small army toy tanks on the tables.  Other items you can put out on tables for decoration (plus great toys for the kids to play with – I’ll discuss this later in the games section) are binoculars, small toy planes, Nerf toy guns and parachute figurines. 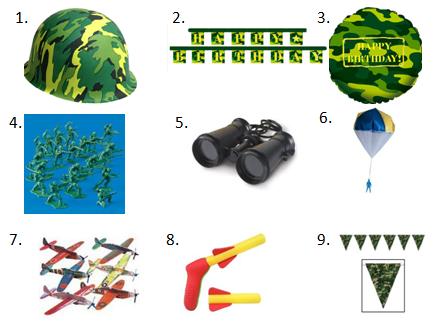 A firepit barbeque in the backyard would be a perfect fit for a camo birthday party.  Alternately, bbq hot dogs and baked beans would be a hit as well.  Serve any fun food on camo dinnerware and you’ll fit in well with the theme. 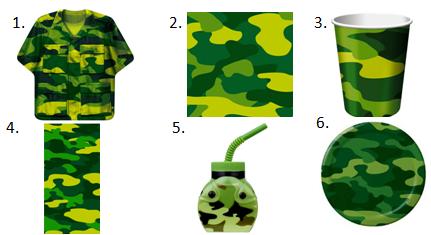 I had a camo-themed party for my husband and a great bakery in my city (Ladybug Bakery) made this delicious camo cake complete with a cupcake grenade and icing dog tags.  A sparkling firework candle was the perfect accent to top it all off! 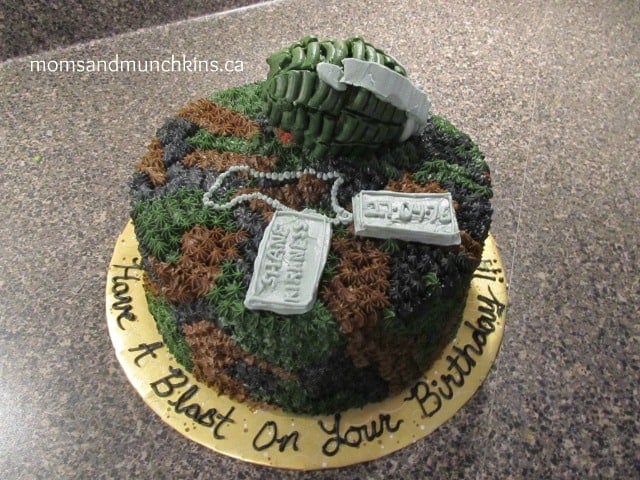 Target Practice:  Set out toy army figurines, plastic animals or even a bullseye target on the wall and let the kids use small toy airplanes and Nerf toy guns to knock the targets over. 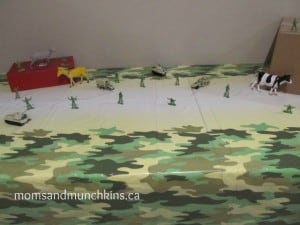 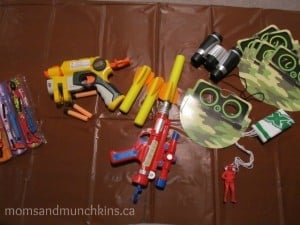 Pin The Medal On The Hero: This is a fun game I found at our local party supply store.  Similar to pin the tail on the donkey but with a military twist. There is also a fun Pin the Army Tank game perfect for this party theme.

There are so many fun ideas for loot bags for a Camo Birthday Party!  Here are a few fun ideas: 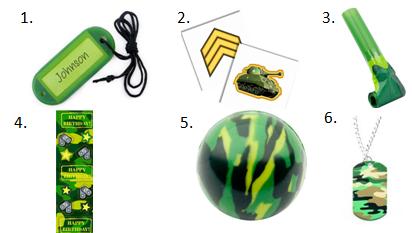 I hope you have a blast at your Camo Birthday Party!

*Disclosure: I am part of the Amazon.com and Birthday in a Box affiliate programs.