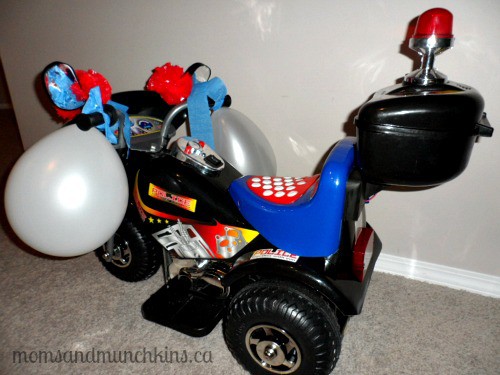 Does your family watch the Tournament of Roses Parade each year on January 1st? A fun way to watch the parade is by sitting in your own personal parade float at home! Here are some fun ways to create your own parade experience at home while watching the live parade on television.

You’ll want to start by choosing parade vehicles. Do your children have a wagon, what about a ride-on vehicle? These are perfect for creating a parade vehicle.

Next you’ll want to plan out how to decorate your vehicle. Here are some creative ideas:

Other fun ideas for creating your own Tournament of Roses Parade at home are:

Once you’ve created your floats, you can have a mini parade at home around your living room. It’s a great way to show off all of your parade creations. Be sure to have your camera ready! Your kids can then use their parade floats to sit on while watching the parade at home.

Did you know that the Tournament of Roses Parade has a policy of “Never on Sunday”? If January 1st happens to be on Sunday, the parade is moved to an alternate day.

Did you know that 2013 will mark the 75th year that Disney has been involved with the Tournament of Roses Parade?

4 thoughts on “Tournament of Roses Parade at Home”