This post is courtesy of our contributor Carolyn…What a great week I had, doing extension activities for Disney’s The Pirate Fairy! The Blu-ray + DVD combination came out April 1 and hit the target with all the children in my care! Tinker Bell and fairies in general have always been a favorite with the girls (okay, my son too) and pirates are definitely one of his favorite subjects. The movie was just over an hour long and had the children feeling several emotions, dancing, and using their imaginations to travel to Pixie Hollow. One of my favorite moments during the movie was when Miss 3-Years-old said “her hair is beautiful but Zarina not nice!” 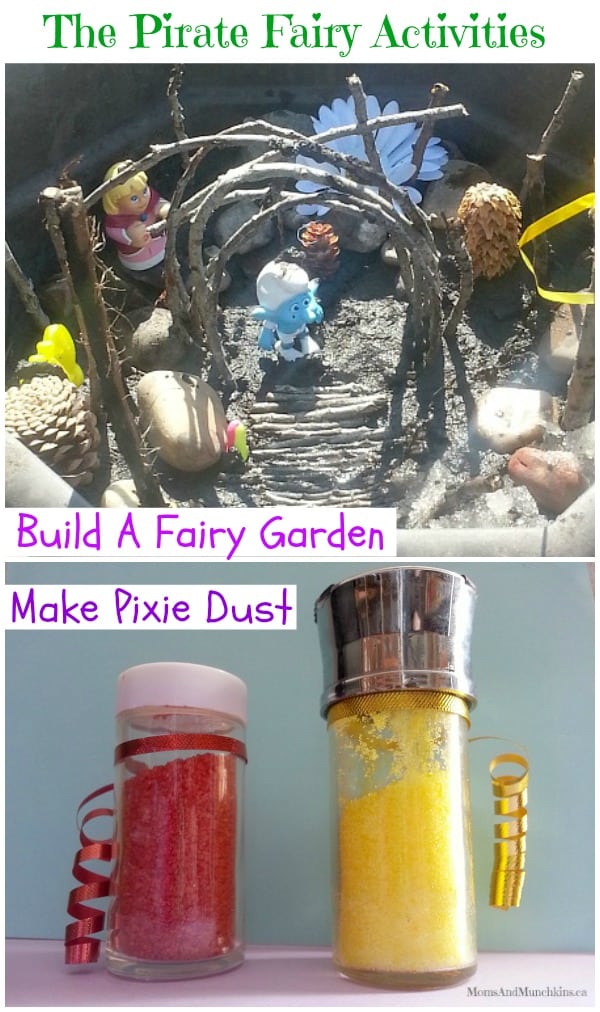 Zarina is the curious and intelligent dust keeper fairy who is banished when her curiosity gets her into trouble. Zarina finds companionship, and is made the captain of a band of pirates (led by James, later to be known as Captain Hook) and when Tinker Bell and her other fairy friends head out to try and get Zarina back they find themselves battling the pirates for the one thing that is most important to them!

The humor in the Tinker Bell movies is undeniable and each fairy’s personality could probably be linked to one or more of my girlfriends! I think I may have enjoyed it as much as the children did! It was easy to develop extensions for this movie, it is full of fantasy play possibilities. Don’t forget to print your free The Pirate Fairy activities!

Quiet Time Fairy Activities: Being my son is the only one that naps out of the 3-4 children I have here every day, I am always looking for quiet activities to fill the hour or two he is asleep. The Pirate Fairy printables (linked above) kept the girls entertained for quite a while and gave the three of us an opportunity to work together. The first activity they really enjoyed was the Talent Match, we matched each Fairy to their talent and WOW did these girls know their fairies! The second activity we did was color with markers on the printable coloring pages. There were seven coloring pages to choose from. Good thing I printed off a few copies of each because Zarina and “Tink” were the favorites!

Fairy Garden: The children loved the idea of Pixie Hollow and so I suggested we gather some “Lost Things” and build our own Pixie Hollow in one of my not-yet-filled flower pots. They were a little disappointed they couldn’t find anything green, such as grass or leaves, to put in there but I told them we could build on it in the weeks to come. They did however find twigs, rocks, buttons, a safety pin, a fake flower, and the one that made me giggle, my favorite… some of my boyfriends (unused) ear plugs! They were bright yellow and pink and the kids thought the fairies would love them. Our Pixie Hollow hasn’t yet caught any fairies, but it did catch a Smurf and a princess! If anyone has suggestions what we can use or make for fairies I would love to hear them! You can leave me a note in the comment section below. 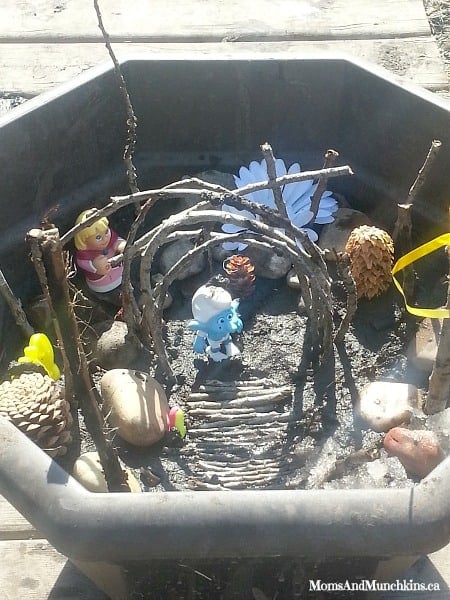 Pixie Dust: In The Pirate Fairy there is a lot of mention of Pixie Dust and its importance in Pixie Hollow. I purchased a shaker from Dollarama plus used one I already had at home and filled them with various colored substances that mimicked Pixie Dust. Some of the materials I filled the shakers with include pink sprinkles, sand, and colored salt. I got the idea and tutorial to color sand and salt from Crafty Moods. I tied some ribbons to each shaker and (this is the important part) glued the screw on lids before putting them back on.  The children loved the pixie dust! They were pretending to shake it on each other and fly, they were hiding it and the others had to find “the treasure”, and they used the ribbon to tie it in the trees! 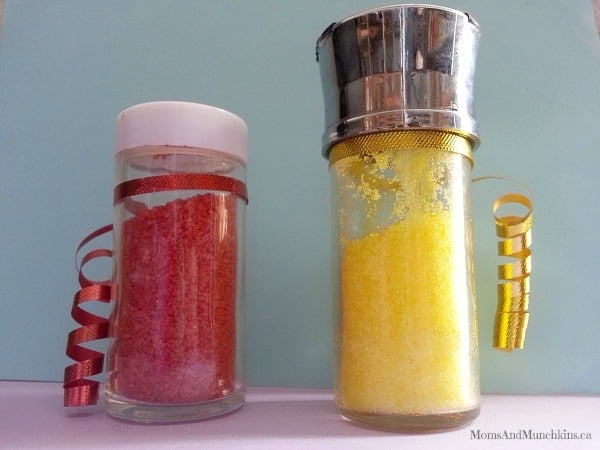 We had so much fun with The Pirate Fairy this past week. The children are still spending much of their free time pretending to be pirates and fairies and I don’t blame them, because I would much rather have fairy dust sprinkled on me then do the dishes!

*Disclosure: I received a copy of Disney’s The Pirate Fairy in exchange for an honest review. All opinions expressed here are my own.