This post is written by our blog contributor Carolyn…What are your plans for the weekend? If you and your family have a couple hours you should watch Disney’s Planes! I first watched it with my son last weekend and we watched it a couple days later with our daycare buddies. Truthfully, we watched it on our own again three times since because when children like something, they REALLY like it! There are many life lessons entwined with the funny and adventurous story line. I especially enjoyed how the main character stuck to his values even with the pressures all around him. The attention to detail in Disney movies always amazes me. I giggled at the “bar” scene – keep your eyes peeled for it! When you purchase the DVD/Blu-ray combo pack don’t skip out on the bonus features. There is an adorable music video, an interesting aviation history lesson and more! In this post, I’m going to share some fun ideas for Disney Planes activities that are perfect for kids of many ages! 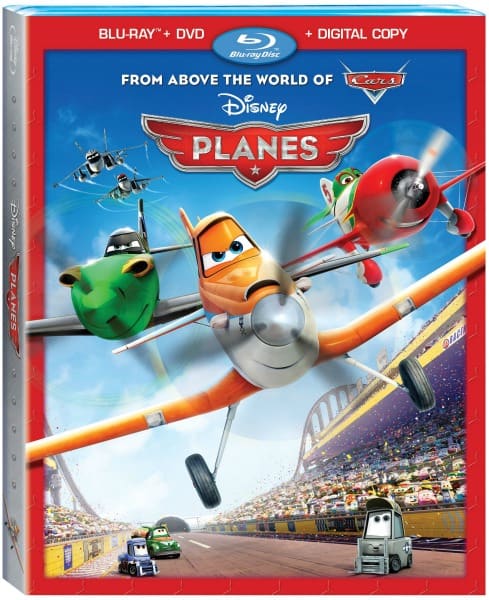 Disney Planes, a spinoff of Cars, is an action packed children’s movie about a crop duster plane named Dusty Crophopper, who dreams of leaving his small town roots for adventure! The only problem is…he’s afraid of heights! An old fighter jet named Skipper Riley trains Dusty for racing. You may remember Skipper & Sparky from one of Mater’s Tall Tales – Air Mater! Skipper, alongside his helper a forklift named Sparky, Dotty the mechanic and a fuel truck named Chug help each other and Dusty overcome personal and professional obstacles while he races around the world in the “Wings Across the Globe” race. Dusty’s warm reception and desire to help his competitors when they are distressed gains the attention of the world and the help he needs when everything falls apart! 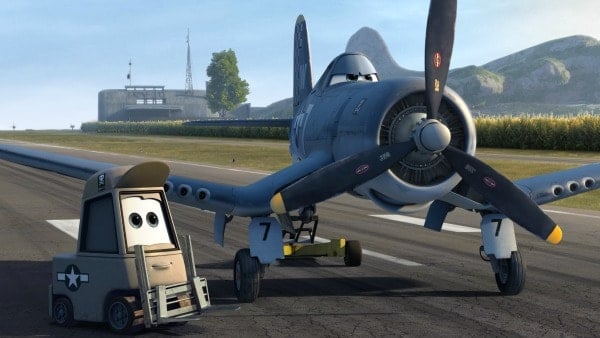 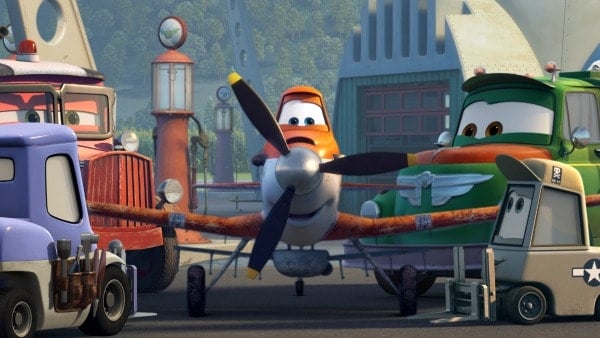 There were several stops on the Wings Across the Globe Rally in different corners of the world. I thought this would be a perfect opportunity to share different traditions and facts with my son and the children in my care about some of the countries in the movie. We did a couple activities that are associated with things popular in the cultures of a few of the countries in the race. I’ll also share some activities I would like to do with the children in the future.

Iceland: One reason I enjoy the planning process for activities with children is doing the research and learning all sorts of different facts. For example, I never knew Iceland has a lot of active volcanoes and a large percentage of their landmass is volcanic material. I thought this was a perfect opportunity to do a science experiment with the children. We made baking soda and vinegar volcanoes! I laid out a towel under a plastic bag and I used a metal cake pan (bought at Dollarama and I use for everything from a play space on road trips to marble painting at the table) to catch the overflowing “lava”. I cut the top off of a plastic water bottle and put a couple tablespoons of baking soda in the bottom. I then poured a cup of vinegar into a disposable cup and added some red food coloring for fun! 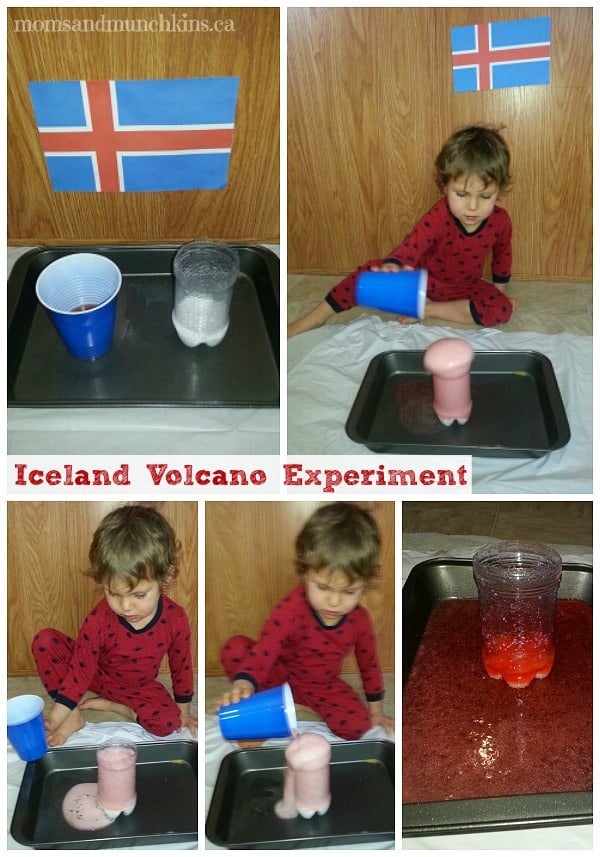 Germany: The Brothers Grimm were born in Germany and their writings are the foundation for many of today’s popular fairy tales. My son and his buddies love listening to stories – especially when there are props involved. I found a five minute finger puppet tutorial at Style Smaller that would be a great craft for kids. Finger puppets can be made into a number of Grimm’s characters!

India: A traditional instrument used in Indian celebrations is called a lezim.  A tutorial can be found on Highlights Kids.

Nepal: I discovered Nepal is “the land of festivals” with at least one festival happening every day of the year in different parts of the country. They celebrate for many different reasons so maybe I’ll have a week of celebrations with the children. Do you have any good ideas for a week of celebrations? Let us know in the comments below!

Shanghai: Food in Chinese tradition has greater meaning than just nourishing yourself, especially in celebrations. Tangerines or oranges are shared with family and friends at Chinese New Year celebrations to symbolize luck and wealth. We had oranges for snacks and I was going to include fortune cookies, but the consensus with the research is that fortune cookies are largely a North American tradition and may not have been invented in China after all!

Mexico: In honor of Mexico, the final stop on the race, I made a piñata in the colors of Dusty Crophopper. I used an old cardboard box, filled it with candy and put a small strip of tape on the bottom so the candy would easily fall out.  To decorate it I hot glued strips of orange paper and strips of white streamers onto the box in a striped pattern. I painted a strip of black at the top to hide the glue messiness. I then hot glued a string to the top for easy hanging and added strings to the bottom for the toddlers to pull rather than have them hit the piñata with a stick. The piñata was a big hit with the toddlers and the school aged children made me promise to make them one too! 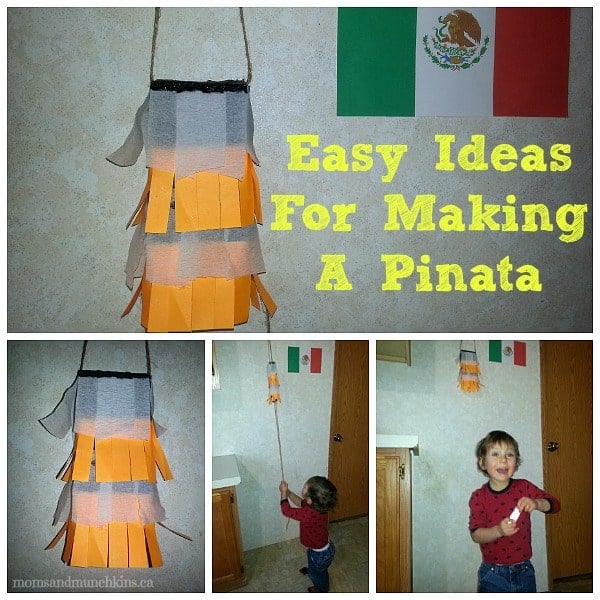 *Disclosure: I received a copy of this movie in exchange for a honest review. All opinions expressed here are my own.