Since we became parents, my husband and I don’t seem to go out for date nights very often so I wanted to plan something special at home. My husband loves hockey so a Hockey Date Night seemed like a great idea. He’s a huge fan of the Winnipeg Jets and his biggest rival team is the Boston Bruins so I themed our date around these two teams. If you’re husband loves hockey, then these date ideas for guys are perfect! We also have a free printable package to help with your date night! 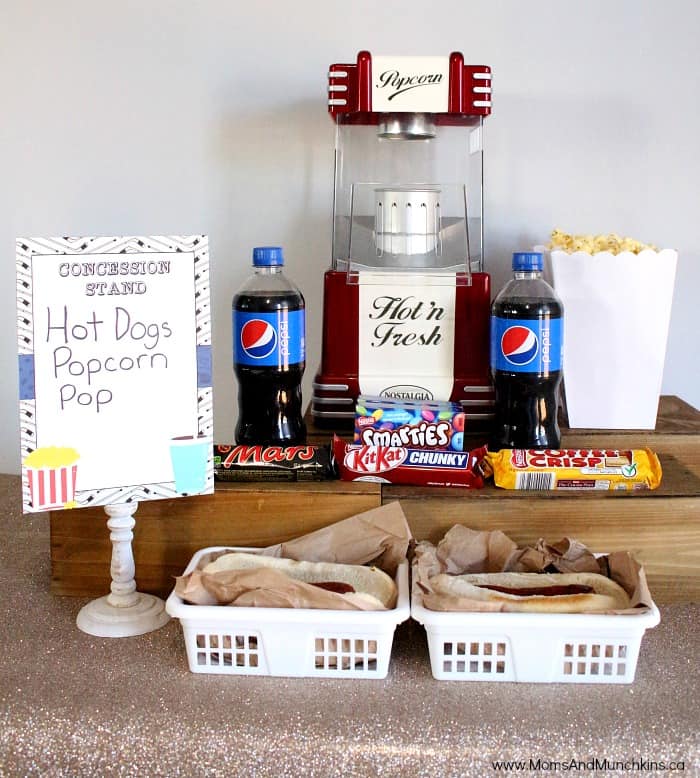 I called him at work in the morning to tell him that someone from a “617” area code called for him this morning and left a message to say “Be prepared to get your butt whooped”. My husband looked up the area code and found out that it was Boston.  I told him the guy’s name was “Blades” which is the mascot name for the Boston Bruins.  He didn’t get the hint though and just decided it was probably a wrong number.  Ha!

When he came home from work he found a note on the front door reading the same message that I told him was on the voicemail and signed “Blades” with a picture of the mascot (now he must get the connection – I hope!). 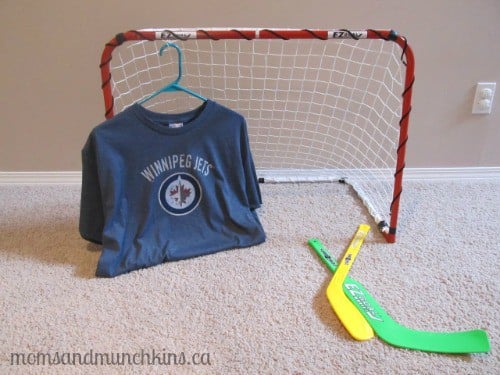 When he came downstairs I had a two small hockey nets set up with mini sticks, a small puck (ball) and a Winnipeg Jets t-shirt for him to wear. I set up a concession stand with hot dogs, pop & popcorn. You can grab concession stand supplies in your man’s favorite colors from the local dollar store – things like plastic hot dog & fry baskets, tablecloth, paper plates, popcorn bags, etc. 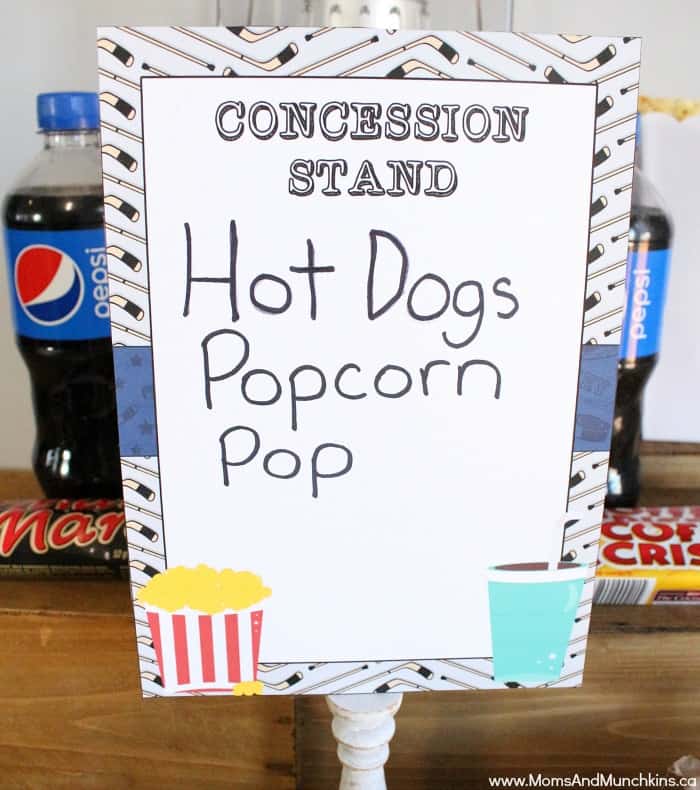 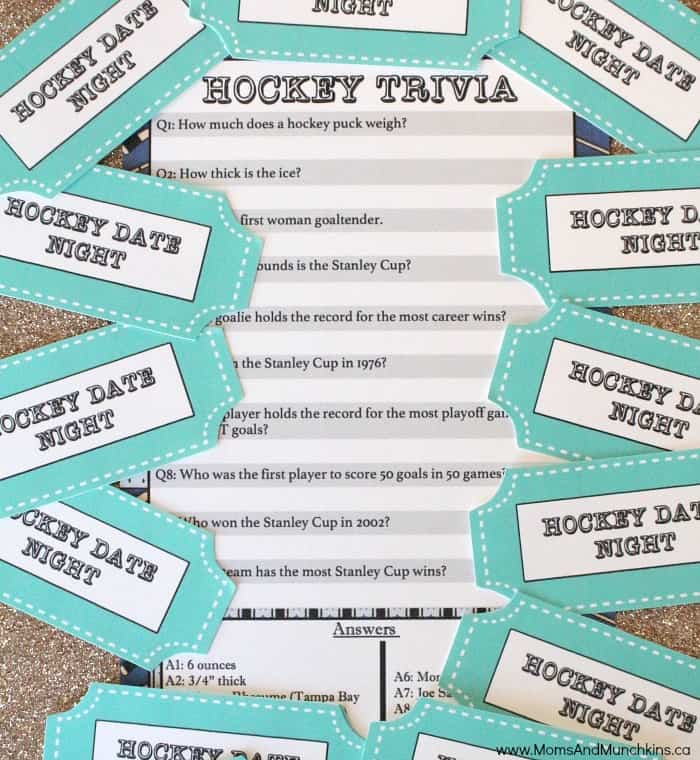 I made a penalty box using a big empty diaper box. I created a sign that said “Bruins Fan Bleachers” and hung it over our cat tree. I had also printed off a picture of some hockey officials to hang on a nearby wall in case we needed some referee assistance. 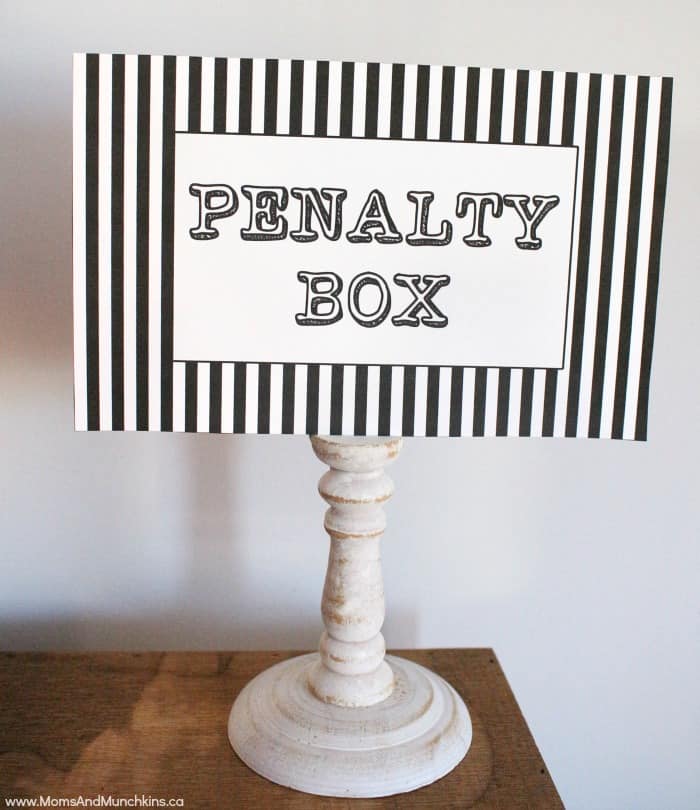 I tried to learn some basic hockey terminology before our date night so that I could use them during the game.  I used terms such as: 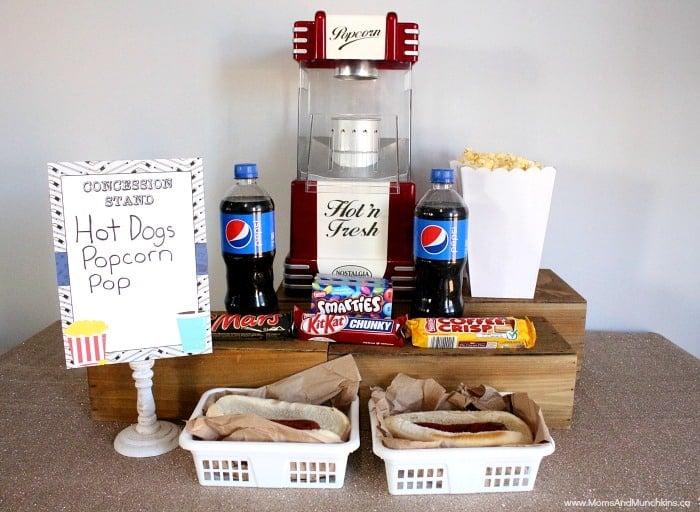 We were playing until one of us reached 10 goals. I then did the draw for the raffle prize but it’s tough for him to lose the draw when he was the only one putting in the tickets!

Visit our Date Ideas page for even more date ideas and FREE printables! 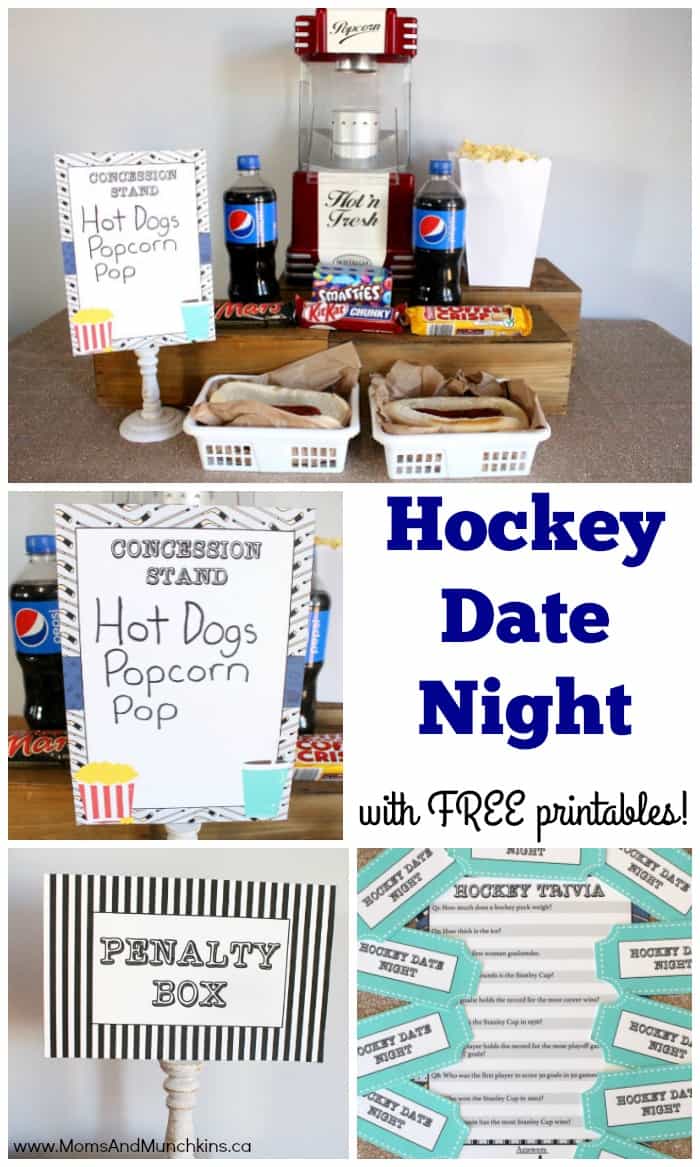 *Thank you to Wendy of Wendy’s Printable Party for designing these printables for us. Thank you to Erin Bradley Designs for the clipart & digital paper!