January is going to be a royal month on Disney Junior Canada! How many of your little ones watched the special presentation of Sofia the First: Once Upon a Princess? If so, I’m sure they are excited for the new Sofia the First series starting in January! If they haven’t yet watched the premiere, check the Disney Junior Canada schedule because it will be airing again a few more times throughout the month. 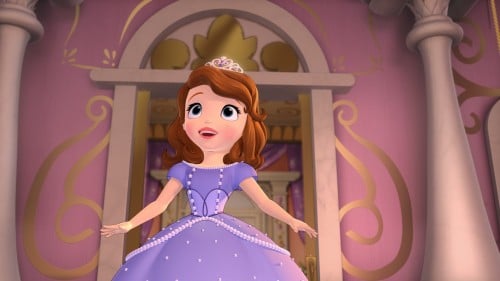 A Royal Month on Disney Junior Canada with Sofia the First:

The new series of Sofia the First airs on Saturday, January 19th at 7pm ET! I can’t wait to see Sofia’s new adventures and how she’s adjusting to being a princess. I also can’t wait to see what else is in that dream closet of hers. Seriously, it’s every little (and big) girl’s dream!

The new series of Sofia the First continues with a new episode on Sunday, January 27th 11:30 ET (which will continue to be her new time slot). Tune in to see how she’s doing at Royal Prep Academy and how her friendship with her new sister, Amber, is growing.

On Saturday, January 26th at 11am (local time), participating Indigo & Chapters locations will be hosting a Sofia the First Saturday! This royal month on Disney Junior Canada could be coming to your city! Here is the link for the event details so you can find a participating location in your area. This event will include:

Did you know that the movie Cinderella was first released in 1950? Isn’t it amazing that this story is still so popular with children today? On Saturday, January 19th at 5:45pm ET (right before the premiere of Sofia the First), you can share this magic with your little ones during the Disney Junior Canada premiere of Cinderella. 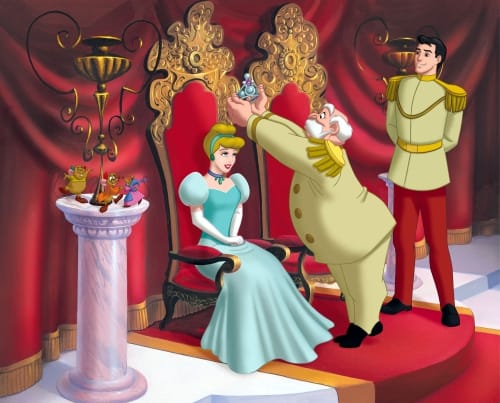 How many of you grew up dreaming about meeting your own Prince Charming? Did you ever wonder what happened to Cinderella and Prince Charming after their happily ever after? Tune in to Disney Junior Canada on Sunday, January 27th at 10:15am ET to watch Cinderella II: Dreams Come True. I know I’m excited to see what these 2 lovebirds have been up to!

Mickey and Donald Have a Farm – Disney Junior Canada:

Okay, I know there aren’t typically dinosaurs on a farm but it was too cute not to share! And yes…I did dress him in a farmer’s outfit specifically for his Moms & Munchkins video debut.

If you missed the debut of Mickey & Donald Have a Farm, check the Disney Junior Canada schedule because there will be encore presentations of this fun special.

So you’ll want to get your tiaras and your overalls ready for an exciting January on Disney Junior Canada! Which show are you most excited to see?

Disclosure:  I’m part of the Disney Junior Mom program and I receive special perks as part of my affiliation with this group. The opinions on this blog are my own.