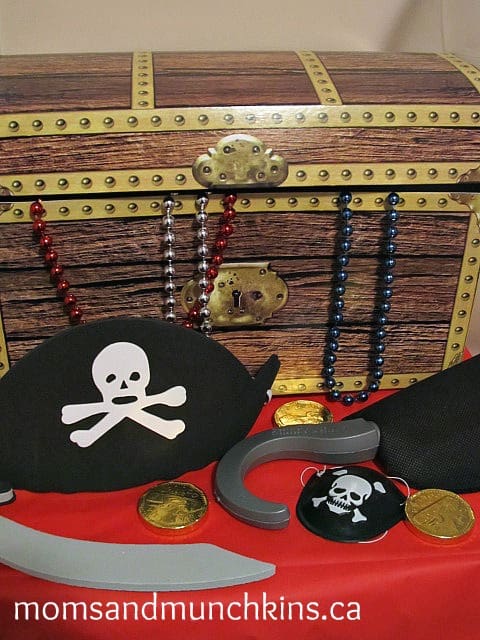 Ahoy, Matey! One of the coolest birthday parties you can plan for your little ones is a Pirate Party! Here you’ll find ideas for invitations, decorations, activities, food and treat bags.

Your pirate invitations could include such pirate phrases as “Ahoy Matey”, “Aye Matey” or “Shiver Me Timbers! {Child’s Name} is turning {Age}!”. You may want to send an eye patch along with your invitation and ask that guests wear it to the party. Message in a bottle invitations are an excellent idea for invitations that can be hand delivered.

Fun decoration ideas include plenty of pirate dress-up gear. The children will love dressing up as pirates and it will be a great added touch for photos and games. A pirate flag or “beware” sign would look great at the entrance to the party. Black and red are great colors for a pirate party and you can work this into the theme through table linens, dinnerware, balloons and streamers. The pinata makes an excellent decor piece while also being a fun portion to the treasure hunt game. 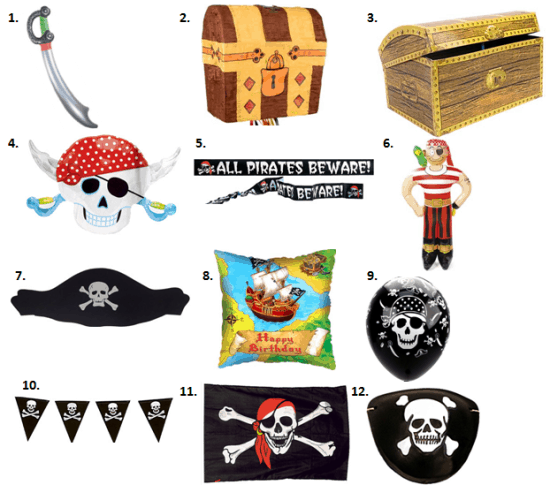 What would a pirate party be without a treasure hunt?! Once the guests have arrived to the party, let them know that a scallywag has stolen the pirate’s treasure and it’s up to them to track it down. Create challenges that the children have to complete in order to receive their next clue. The last clue will be a treasure map (see the fun treasure map paper below) to the hidden treasure. You can hide this in the backyard with a map of the layout of your backyard with an “X” marking the spot that the treasure has been hidden.

Some fun challenges you may want to try are:

The treasure chest can be filled with items such as chocolate coins, beaded necklaces, ring pops, plastic gems and candy necklaces. 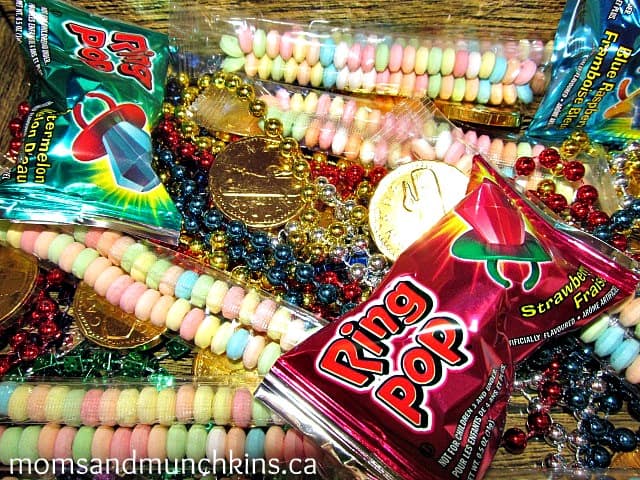 6. Pin The Eyepatch on the Pirate Game

Some fun ideas for pirate party food are:

Try printing your own fun food place cards using this free template and some pirate stickers.

Cupcakes are a popular choice for birthday parties because there is no cake cutting involved plus you can mix it up with a few different cake & icing flavors. Try some black & red icing for some added color. 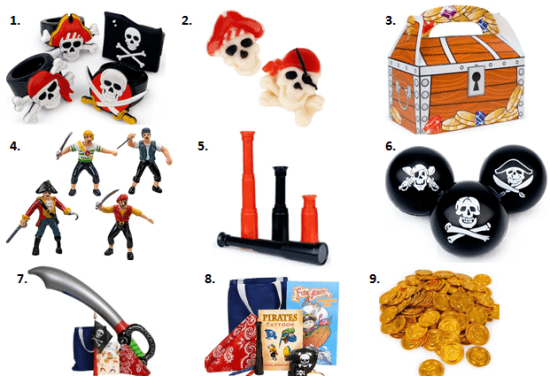 *Disclosure: I am part of the Birthday in a Box, Big Dot of Happiness, Tiny Prints, Inc. and Amazon.com affiliate programs.