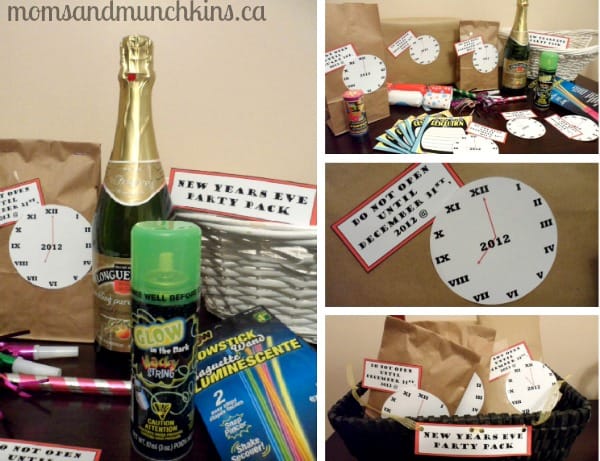 Can you believe that another year is almost coming to an end? How will you be celebrating with your family? Here are some fun New Year’s Eve activities for kids that your little ones may enjoy. This idea was adapted from one featured on The Idea Room – here is their original post to check out their ideas. She also has free printables for the countdown clocks!

You’ll want to start by picking out 6 ideas for countdown bags. The idea is that at each hour (starting at 7pm) until midnight, the kids get to open a new New Year’s Eve Countdown Bag with a fun activity inside. Some fun ideas to put in the countdown bags are: 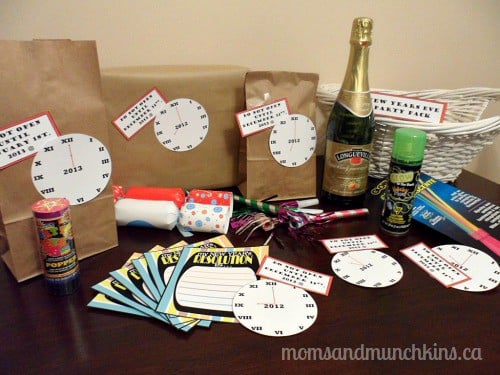 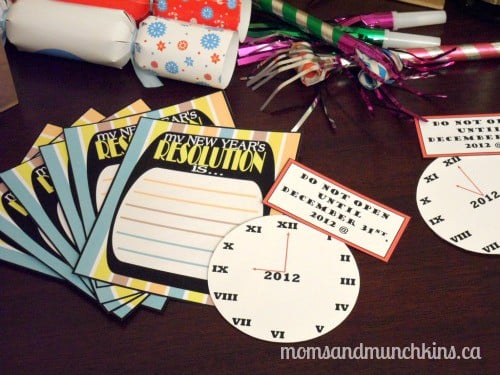 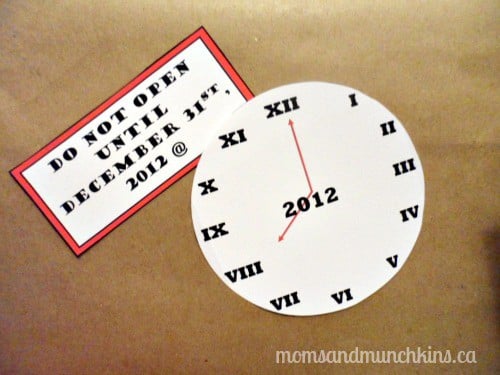 You’ll want to wrap each item in brown paper (or use brown paper bags if the items fit) to create 6 party packages. On the front of each bag, glue on a “Do Not Open Until” tag along with one of the countdown calendar clocks. Then each hour leading up to the new year, the kids will have a fun activity package to open.

This is also a great idea for a hostess gift if you are attending a New Year’s celebration at someone’s house that has kids. 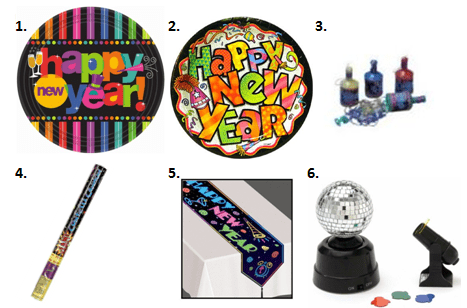 *Disclosure: I am part of the Amazon affiliate program. All opinions expressed here are my own.