My little guy runs everywhere he goes. Seriously, it’s like this kid has rockets on his feet! I worry that people think I keep him locked up inside all day because when he’s out he runs around like he’s a puppy who just got loose from the backyard. Oh…he also barks sometimes too. We’re working on our communication skills. Although he’s already two and a half years old, he doesn’t say a lot. He has about ten words in his vocabulary but he’d rather use actions and one letter responses like “E!” to get what he wants. I’m not too concerned about his vocabulary right now though because I think he’s just a quiet guy who prefers independent play. Even though he isn’t speaking, I can see his creativity and imagination coming out through play.

Last week our little speedster fell in the kitchen and hurt his foot. As soon as I heard his cry I knew this wasn’t a little accident that he’d just shake off. To make a long story short, we made a trip to the local walk-in clinic and the doctor told us to rush to the emergency room for x-rays. The little boy who is always on the go sat very still and quietly in emergency for eight hours over the next two days. The x-rays showed no signs of broken bones but there was still no way he wanted to walk on this foot but he was determined not to let it slow him down. He’s very independent and wanted to continue to do things for himself even if he couldn’t walk. Quite often when I’d try to pick him up to carry him or help him get something he was working his way towards, he’d push my hand out of the way like he’s trying to say “I’ve got this covered, Mom!”. He’d crawl to get where he needed to go, he’d wiggle into new areas to play, he’d even walk on his knees when he wanted to get somewhere fast. No injured foot was going to slow him down!

We bought him some new slippers with grips on the feet to hopefully stop another accident from happening. Did he love his new slippers? Yes! Did he want to wear them on his feet? No. They were used as race cars for his new Little People pals Mia and Koby. 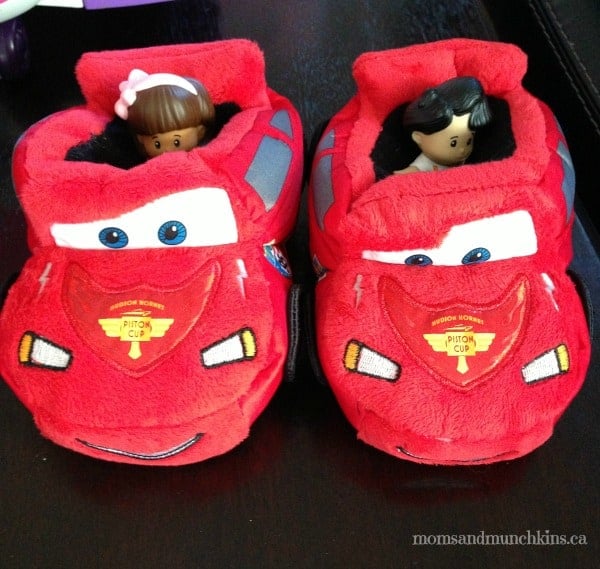 Do you remember the introduction to the new Fisher-Price Little People back in August? Your little ones will love their introduction videos! Each character has a unique personality just like our own kids. Which of these new characters can your child relate the most to? 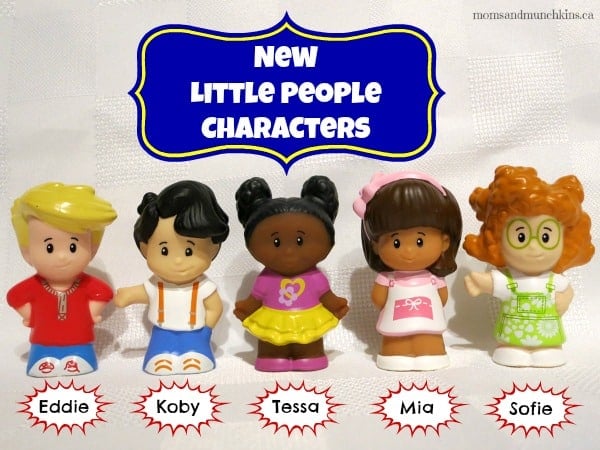 Treehouse has a Little People, Big Discoveries Contest going on now and running through November. Simply visit the contest page and find the Little People that are trying to play Hide and Seek with you and watch the character videos. There will be five lucky winners who will each receive a $265 prize package including: 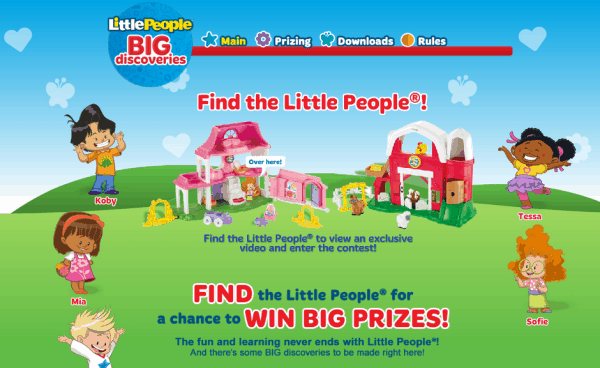 As a Fisher-Price Play Ambassador, I’m often given the inside scoop on upcoming programs and campaigns. This month, Fisher-Price Little People are excited to announce that they have formally partnered up with the maker of Enfagrow A+ product for toddlers! Did you know that Enfagrow A+:

Be sure to head over to play the games, watch the videos and enter the contest!

Disclosure: I receive special perks as a part of my affiliation with the Fisher-Price Play Ambassador program with Mom Central Canada and a free sample from the maker of Enfagrow A+. The opinions in this blog are my own.