My little guy doesn’t talk a lot yet but I can see his imagination coming out through play. A wrapping paper tube turns into a tunnel slide for one of our retro Little People. Thomas the Tank Engine takes a break from the rails to ride Mike the Knight’s horse. Old boxes turn into forts for his Little People. There is never a shortage of creative ways to play! Imaginative play helps a child build self-confidence – something that is so important for children to start learning at a young age.

Tips for Building Self-Confidence in Kids:

The vision of the Imaginext brand is exactly that – to inspire & empower kids through imaginative play that helps them build confidence, solve problems and discover who they are. The Imaginext brand includes preschool appropriate toys that provide an entry into the exciting world of action and adventure play. As my son gets older, I notice that he’s now showing an interest in action figures and more adventurous play. Yes, I shed a few tears each time I pack a “baby” toy away but I love watching him grow and experiment more with his new “big boy” toys.

Imaginext is Turning on the Adventure by introducing the new Ed Venture webisodes featuring Ed and his friends as they discover worlds of adventure as firefighters in Hot Time in the City and as a knights in Through the Crystal Eye! 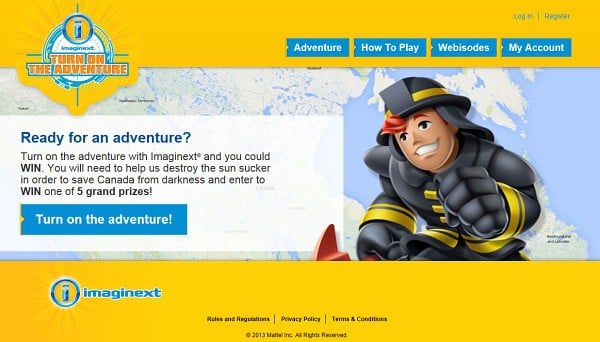 Imaginext has launched a creative new online game with 9 clues to solve in exciting adventures. Simply register to play the game and solve all of the clues throughout the different phases of the game. Once all of the clues are solved, you are entered to win 1 of 5 $300 Imaginext prize packs! Each prize package includes: 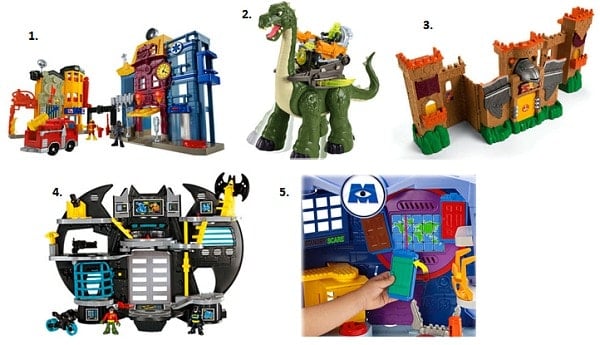 What an amazing prize package! I know there will be a lot of these toys under the Christmas tree this year. Let me tell you more about the Imaginext Rescue City Centre. It features a city scape with lots of action!

If your child was going on an action-filled adventure, were would he go? Back in time? To another planet? To a secret fortress under the sea? Let us know in the comments below.