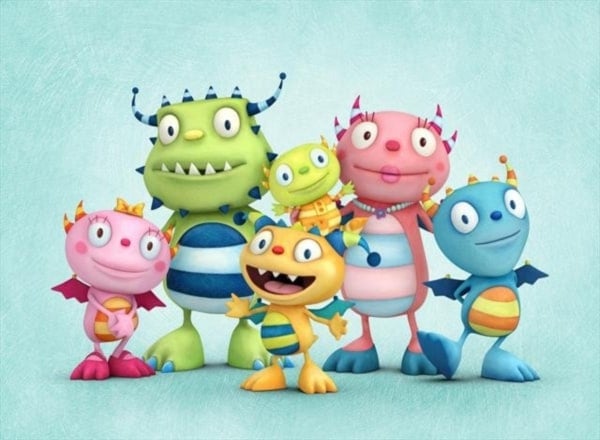 Henry is a five-year-old monster who lives in Roarsville with his family. He may actually have a lot in common with your little ones! He loves playing outside, he has three siblings, he’s a middle child, he’s filled with playful energy and he loves new adventures.

We’re excited for this new show (we’ve been practicing our roar for weeks!) so I wanted to put together a few fun party ideas for a Henry Hugglemonster Premiere Party. 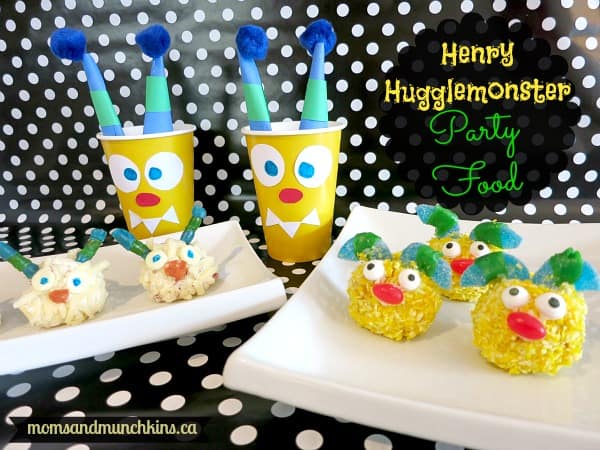 Your little ones can help create some special Henry Hugglemonster cups to use at your party. You’ll need yellow paper cups, green, red, blue and white paper, scissors, glue, double-sided tape, a blue marker and some blue pom poms.

Simply roll a small square piece of blue paper into a cone and glue to secure. Glue a stripe of green around the middle of the cone and then glue a pom pom to the top of each. Use double-sided tape to stick these inside the top rim of the cup.

Cut out 2 circles for the eyes and draw in blue pupils. Tape or glue these to the cup. Cut out a small red oval piece for the nose and three small white triangles for the teeth. You can also add 2 blue and 1 green triangle to the top of the cup between Henry’s two horns. 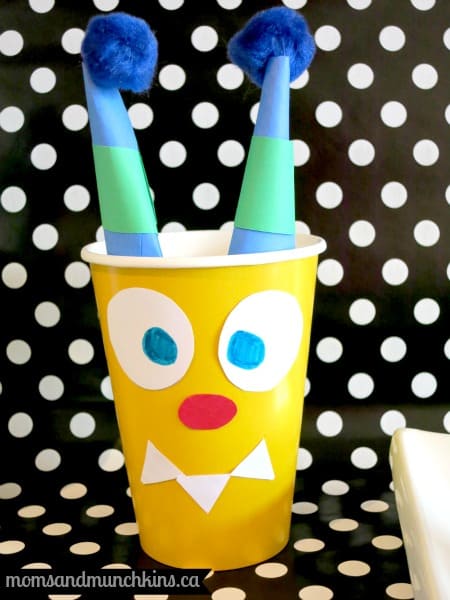 To create these delicious Henry Hugglemonster Cheese Balls, follow the cheese ball recipe on Hungry Happenings then add on a few special touches to make them look like Henry.

Small circles of white cheese slices can be used for the eyes. You’ll just need a blue food pen to colour in the pupils.

A small oval cutout from a pepperoni stick makes a great nose.

Pretzel sticks covered in blue and green fruit-rolls ups can be used for the horns. 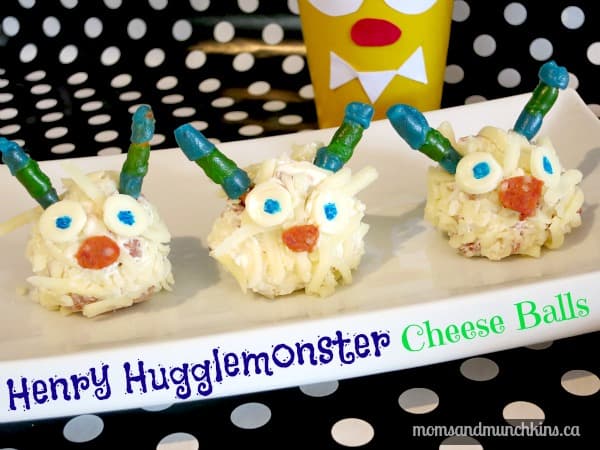 Every good party needs a delicious dessert! To make cake balls from scratch, follow this coconut cake ball recipe from Hungry Happenings…or you could cheat a little like I did and use donut holes. I then rolled them in white meltable chocolate and coconut dyed yellow. Placed on two candy eyes, a red mini jelly bean nose and blue gummies wrapped in green fruit roll-up for the horns. 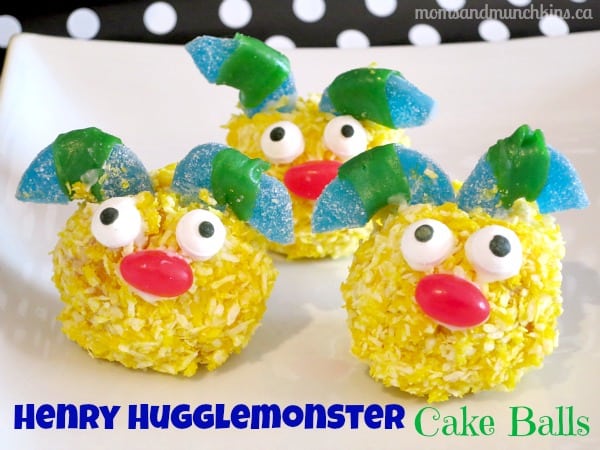 I’d love to hear about what your little ones think of the Henry Hugglemonster previews!

Disclosure: I’m part of the Disney Junior Mom program and I receive special perks as part of my affiliation with this group. The opinions on this blog are my own.