At 2.5 years old, my son is learning new skills each day. According to the doctor’s charts, he’s still behind on his speech but I can see that his vocabulary is slowly growing. Right now we’re working on counting. He can count to five…well, sort of…he skips “one” but we’re working on it. We count 1-2-3-4-high 5! He loves handing out high fives to anyone within reaching distance. What I learned with these new Fisher-Price learning games is that although he may not say the words, he knows more than I thought he did. He knows his animals, some of his numbers and more. I was really impressed with how much he already knew when we started playing these games together.

Remember the retro Fisher-Price Chatter Telephone? It’s one of the most recognized toys out there! Fisher-Price used this classic design to create the new Chatter Phone Talking Game. This toy comes with several interactive cards that your child can use to answer the questions asked by the telephone. For example, the phone could ask the child to find the card with 3 ducks on it so the child would place that card into the telephone. There are four different games to play including animals, animal sounds, numbers and counting. 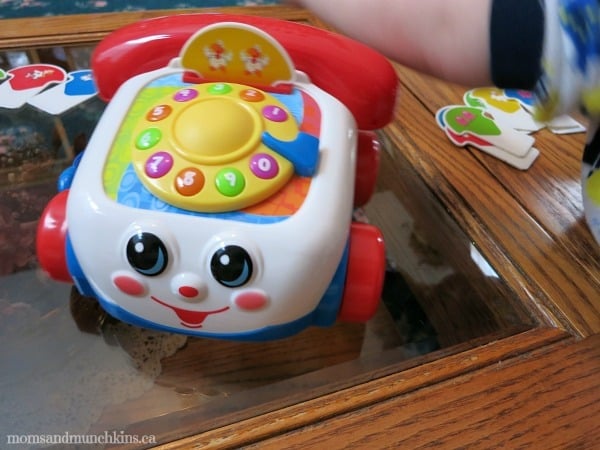 My son and I played this game together and he did pretty well with selecting the correct cards. There are still several questions that he answers incorrectly but I can see that he is learning as we go along and I think this is a toy that he’ll enjoy playing for a few years while he continues learning. He loves waving and saying “Bye Bye” when the telephone says “goodbye” to him. 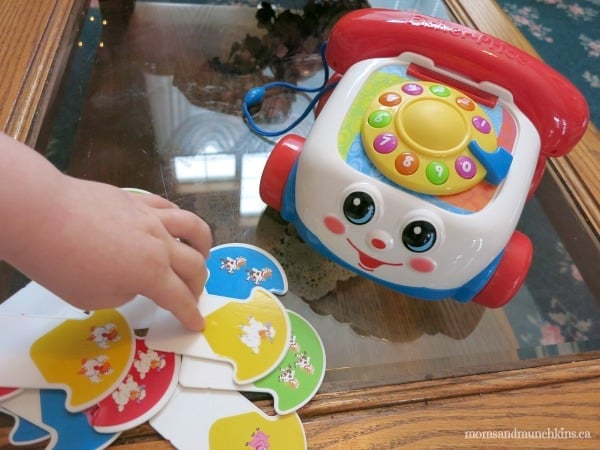 This See ‘n Say Talking Game is our favourite of the new Fisher-Price learning games. It can be played both as a matching game and as a memory game. So far we’ve just been playing it as a matching game. You simply pull down the handle and it tells you what animal to find on the corresponding cards. This game teaches both animal names and animal sounds. It was during this game that I was really surprised at how well my son knows his animal names and sounds. 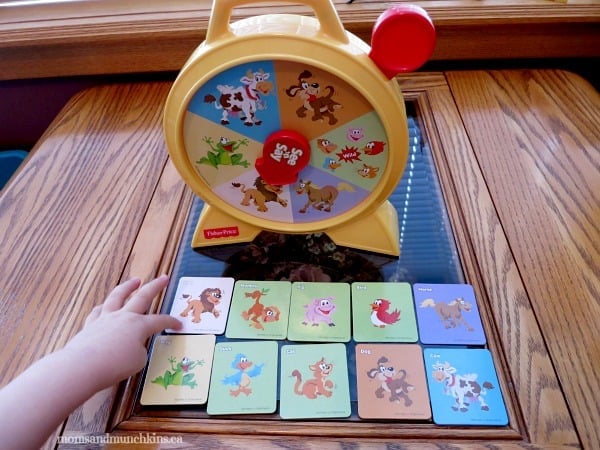 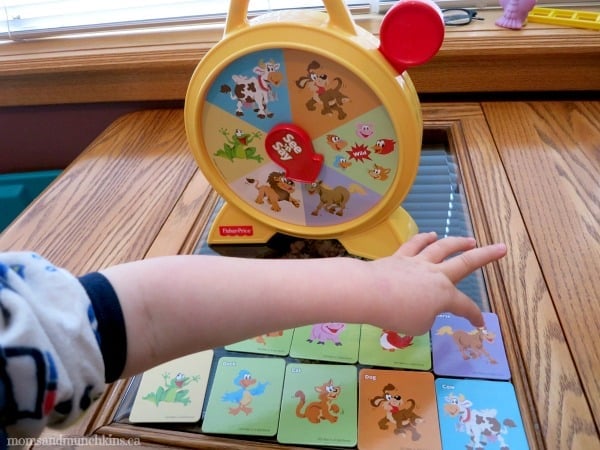 You can make the game a bit more difficult by putting the cards upside down and making it a memory game. There are also cards that each have a variety of animals on them for a little seek-and-find game. 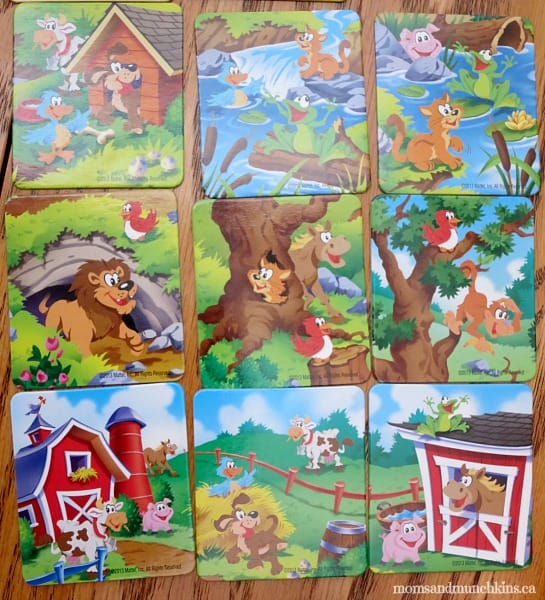 As anyone with a toddler knows, toddlers are very energetic! This Lil’ Snoopy Tippin’ Treats Game allows children to learn while having fun running around. As we all know, it can be very difficult to get a toddler to sit still long enough to play a game! 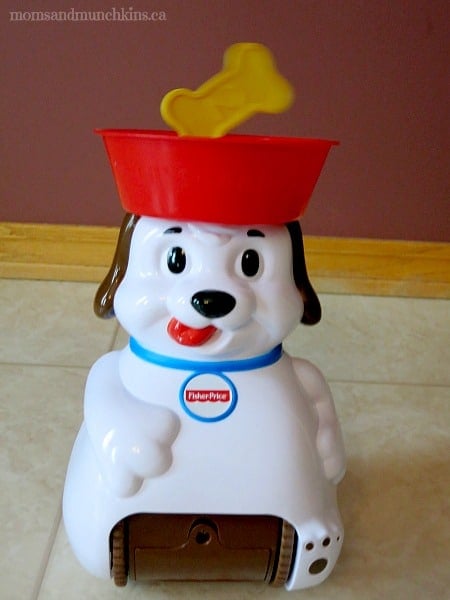 There are three different ways to play this game but the easiest way to describe it is that kids gather the little plastic bones while the dog “runs” away. The goal is to toss all of the bones into the basket before Lil’ Snoopy tips over and knocks all the bones out. 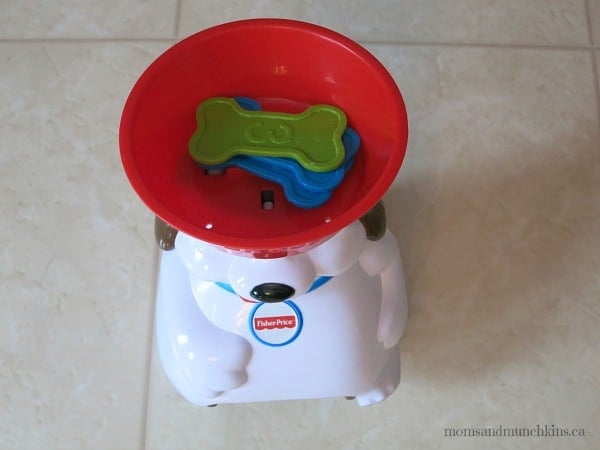 The I-Jig Interactive Electronic Puzzle System comes with two separate puzzles that each have three modes of play. In this game you build one of the two puzzles and then play games like find & seek. The puzzle asks questions, makes sounds and plays interactive games with your child. 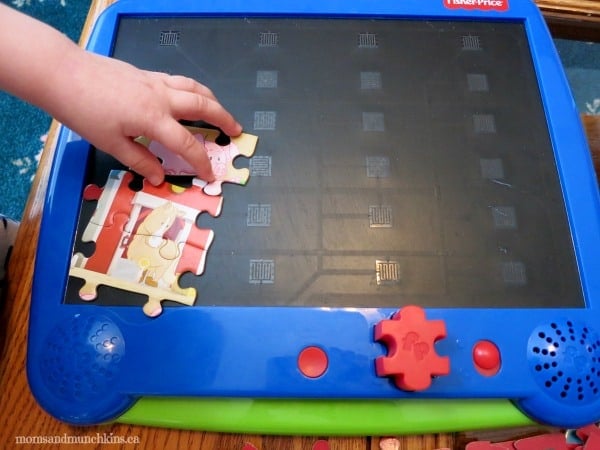 I was actually surprised that my son was able to match a few of the pieces together to build the puzzle. He needs help to put the entire thing together but he was doing really well considering that he’s never put together a puzzle before. 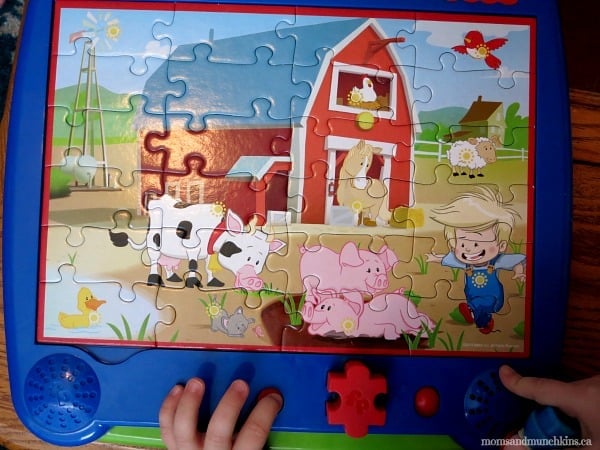 You can find these new Fisher-Price Learning Games at Toys ‘R’ Us, Target, Wal-Mart and Sears in the Games aisle.