The Sochi 2014 Olympic Games start in just 20 days. Will you be cheering on the Canadian Olympic team with your family? Which sports are you most excited to watch? Did you know that there is a fun way to get in on some of the Olympic action right from your own kitchen? It’s true! Simply look for the specially-marked General Mills boxes for the Cheer For Gold symbol and bring the boxes to life. 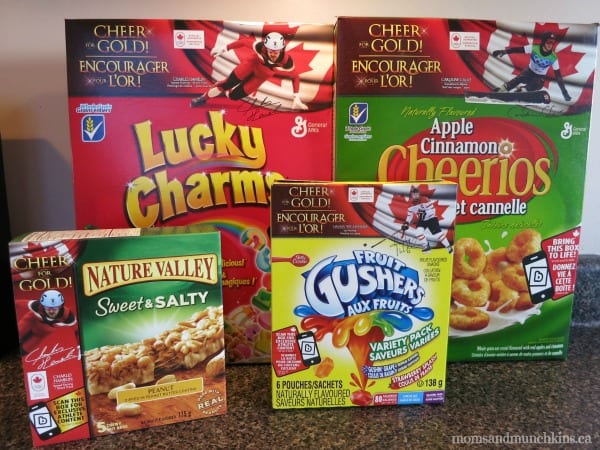 Bringing the boxes to life is really easy to do. First, search for the limited-time Cheer For Gold specially-marked boxes. 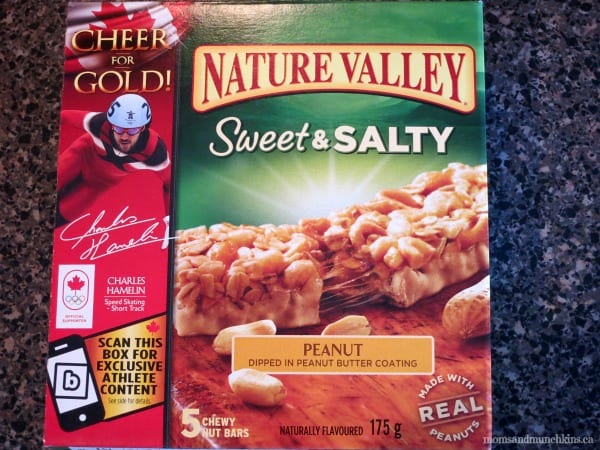 Download the free Blippar app on your Apple and Android smart phone or tablet. This step took us less than a minute! Once the app has downloaded, you are ready to start scanning.

Simply open the app and point your phone’s screen at one of the specially-marked boxes. After a short period of cool scanning, watch the box come to life right on your phone or tablet! 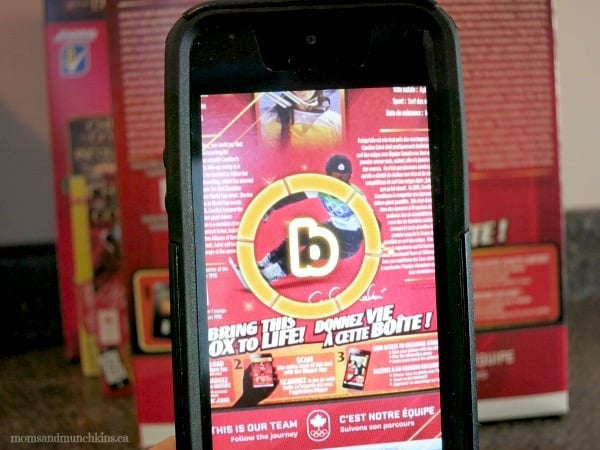 There is a countdown to tell you how many days until the Olympic games start. Each box is coded with a member of the Canadian Olympic team. By scanning the box, it brings up information on that athlete. 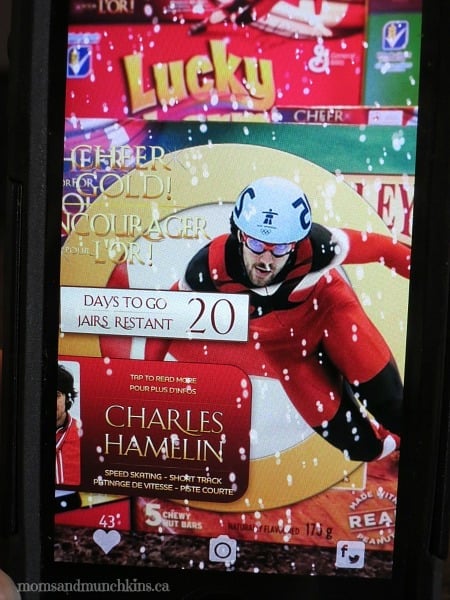 Here’s an example of Charles Hamelin. It gives you a little background on the athlete and information about their athletic career. It’s a really cool way to get to know some of the athletes! 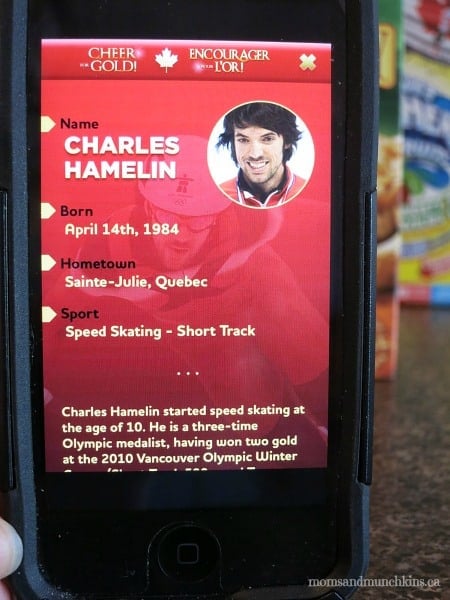 That’s not all! You can also have your picture taken with the athlete and play games! Let’s look at this example of Caroline Calve. You can take your picture with her and share it with your friends through email, Facebook and Twitter. Cool, right?! 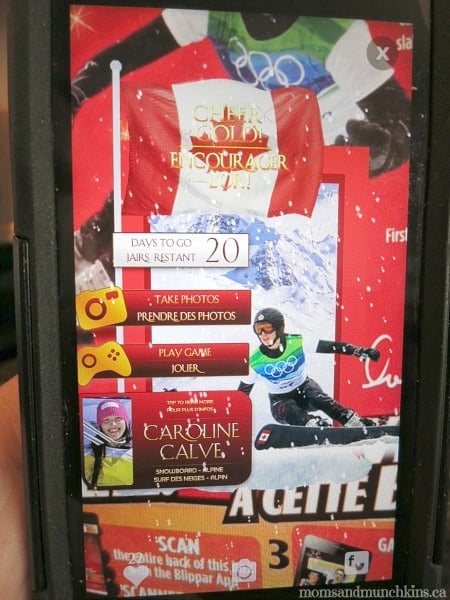 We took this picture of my son with Caroline and then uploaded to to Twitter to share with everyone.

Want to send a message to the athlete? It’s easy! Simply look up their Twitter handle and include it in your message. Who knows…they may even retweet you or reply!

There are also cool games you can play like this snowboarding game. The games are easy to play for all ages. 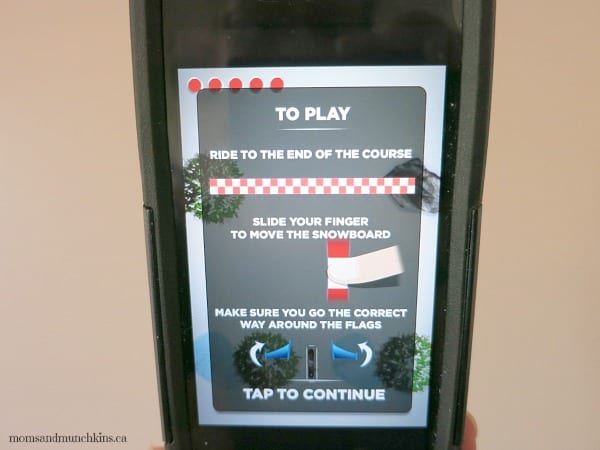 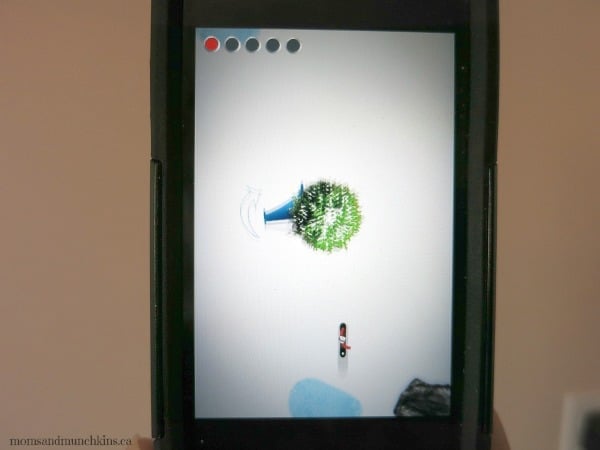 You are given a score at the end of the game to let you know how you did. You can keep replaying the games to earn a higher score. 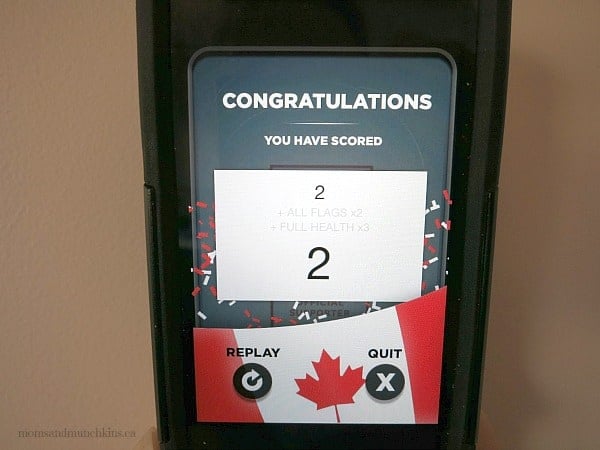 As an official supporter of the Canadian Olympic team, General Mills is excited to have this this cool feature available on specially-marked boxes of Cheerios Cereals, Oatmeal Crisp Cereals, Lucky Charms, Cinnamon Toast Crunch, Reese Puffs, Nature Valley, Gushers and Fruit by the Foot. Check your local grocery store but don’t delay as they are only available for a short period of time.

Disclosure: I am part of the Cereal & Snacks Olympic Blogger Campaign with Mom Central Canada and I receive special perks as part of my affiliation with this group. The opinions on this blog are my own.