Has your child decided what he or she wants to be for Halloween yet? A mummy? A witch? A popular movie character? My son is putting two costumes together this year to mix his favorite cartoon character & a pirate. It’s sure to be an original costume! Why settle on just one costume when you can combine a few and express yourself in a unique way! That’s just one of the ideas behind Barbie Rock ‘n Royals. Can a princess be a rock star? Absolutely! We all have a voice that deserves to be heard and the new Barbie Rock ‘n Royals encourages girls to rock their words through self expression. Check out the Barbie Rock ‘n Royals movie preview for a sneak peek: 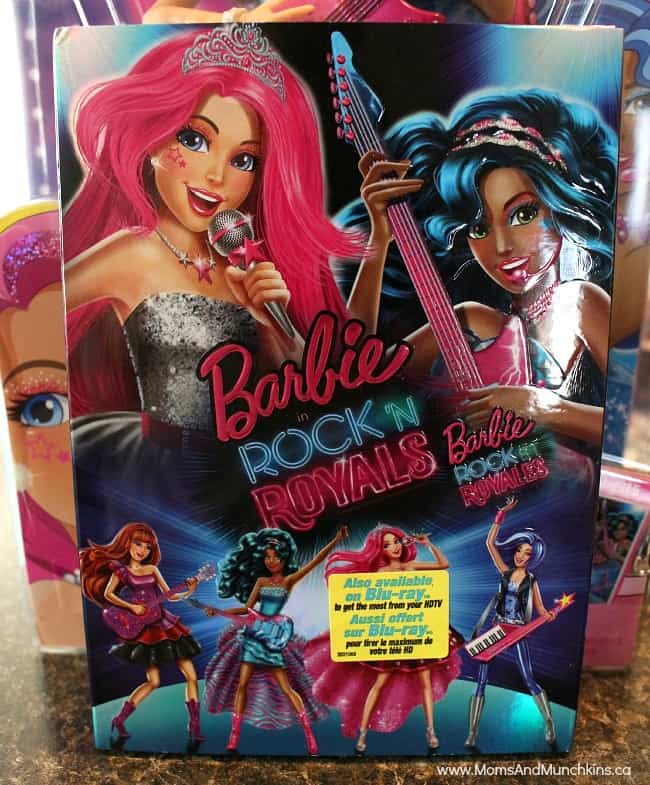 A movie with this much singing & dancing deserves a rockin’ viewing party, right? I thought so! I hosted a little viewing party this week and the kids had a lot of fun. We had some Barbie Rock ‘n Royals costumes, Barbie sunglasses, jewelry, hair extensions, nail art supplies and more! Some other items that would be perfect for the party include: 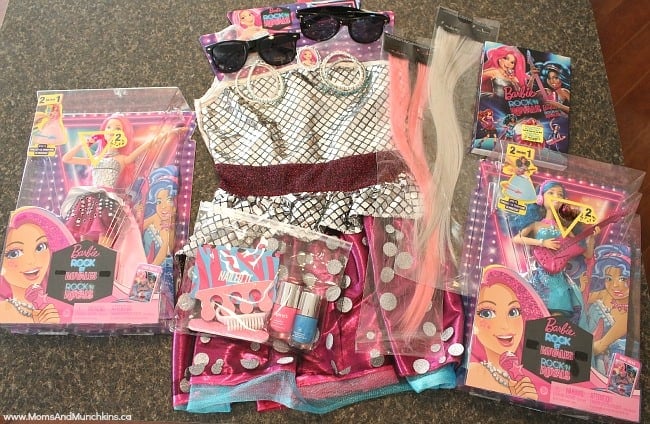 A Barbie party wouldn’t be complete without Barbie dolls so the two Barbie rock stars were invited as well! They both sing & spin to quickly switch from their princess dresses into their rock star outfits – a special feature that the kids loved.

With all that singing & dancing, the rock stars are sure to get hungry so I set up a buffet of treats. It was a breakfast viewing party so we had mini muffins, mini waffles with berries & whipped cream, apple sauce, juice and cupcakes. Yes, I know cupcakes aren’t a breakfast food but it was a party so it’s totally acceptable to have cupcakes for breakfast. {wink} 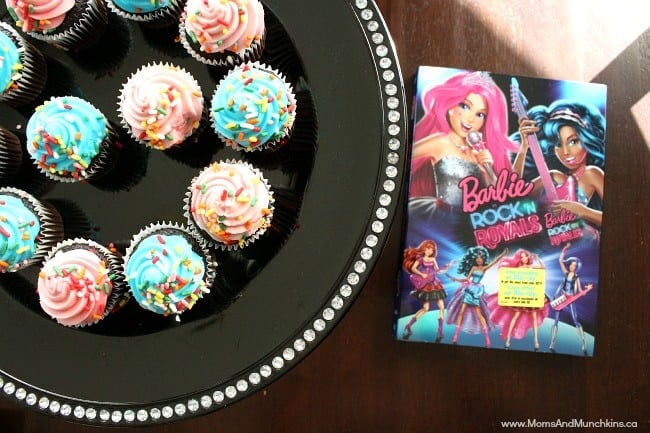 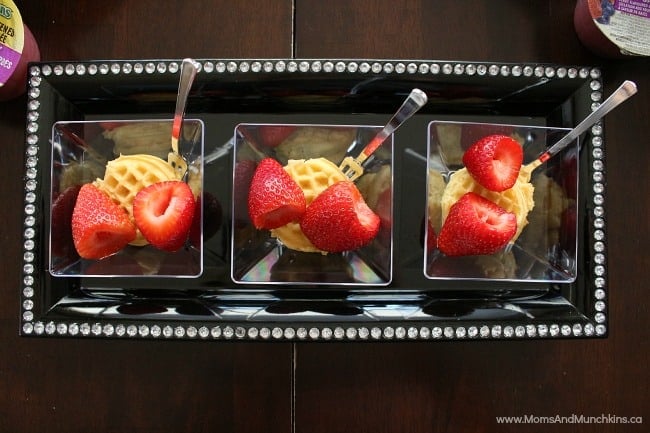 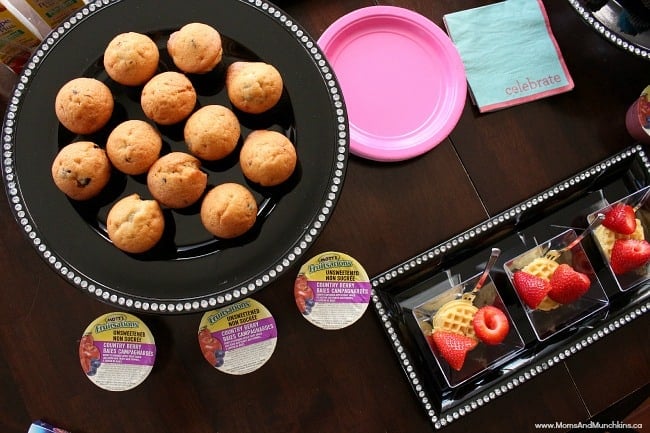 The kids had the opportunity to sit down and enjoy the movie together – both the boys and the girls because we all know both guys & girls can be rock stars! After watching the movie, a few music-themed activities you could try are: 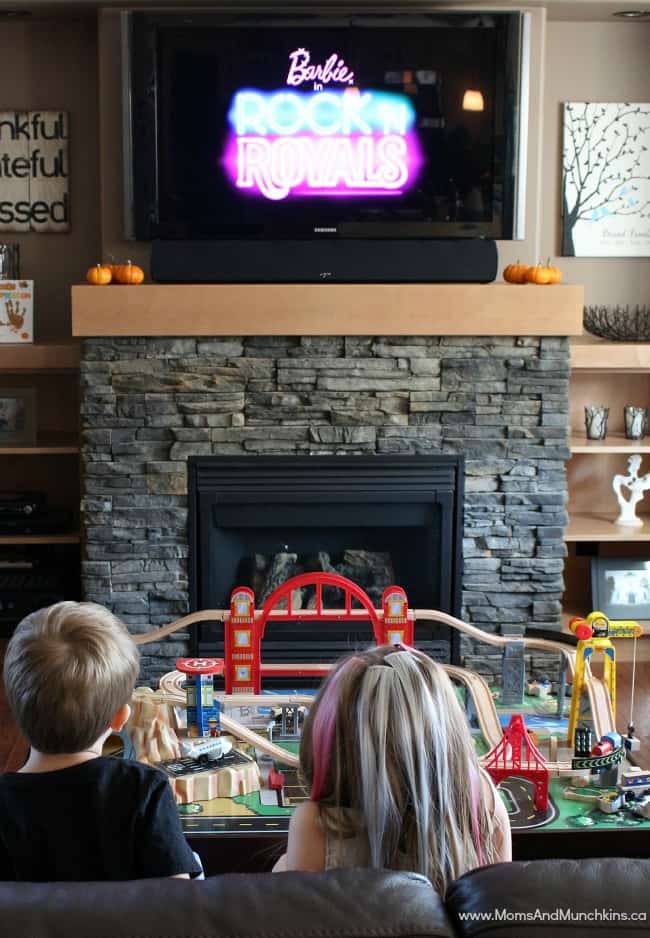 How do you encourage your kids to raise their voice? I was incredibly shy growing up and I know it held me back from doing a lot of the things I wanted to do. I was afraid that I’d be laughed at, that I’d embarrass myself by making a mistake, or that other kids simply wouldn’t like me. I know my school days would’ve been quite different if I had the confidence to join the activities I was interested or start conversations with other kids in class.

My son is 4 years old and I encourage him to make decisions and I show him that his opinion matters. I want him to know how special he is and how much he has to offer. No, he doesn’t always get what he wants (we can’t eat pizza every day!) but I hope he knows that his voice is heard and that I encourage him to be original. He’s a great kid and I know others will think so too!

Watch the Barbie Rock ‘n Royals movie with your kids and start a conversation with them on what it means to be super! 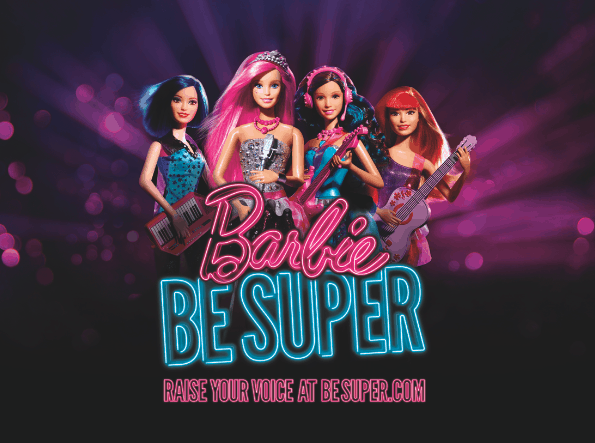