Have you ever been to Hash House a Go Go? They have pancakes (they call them flapjacks) that are amazing! First of all, they are HUGE! Seriously, look at the size of that pancake! Did I eat it all? No…but I certainly gave it my best effort. The last time I went, I ordered an apple cinnamon pancake and it was so delicious that I knew I wanted to attempt something similar at home. What goes great with apples? Caramel, of course! Apple cinnamon pancakes with caramel syrup = tasty! 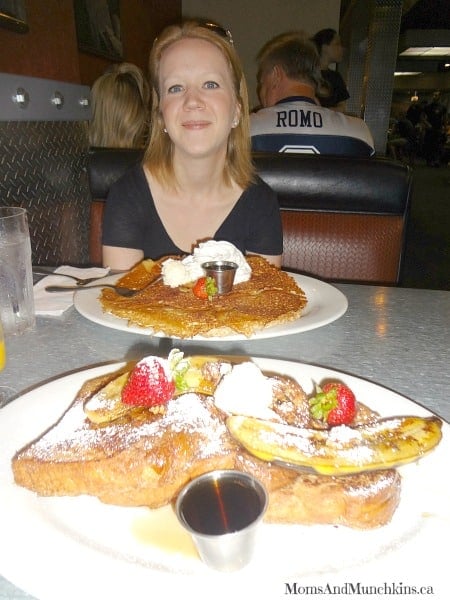 My first thought was that I wanted to make them almost as big as the one at Hash House a Go Go but I quickly threw that idea out the window because it’s hard to get the middle cooked thoroughly when they are that big. Do you remember the movie Uncle Buck? How about the scene where he was making pancakes with a snow shovel? You can watch it here – so funny!

So, no Uncle Buck sized pancakes here but they are still delicious. I made pancakes from scratch but you can use a boxed mix for these instead if you’d like. 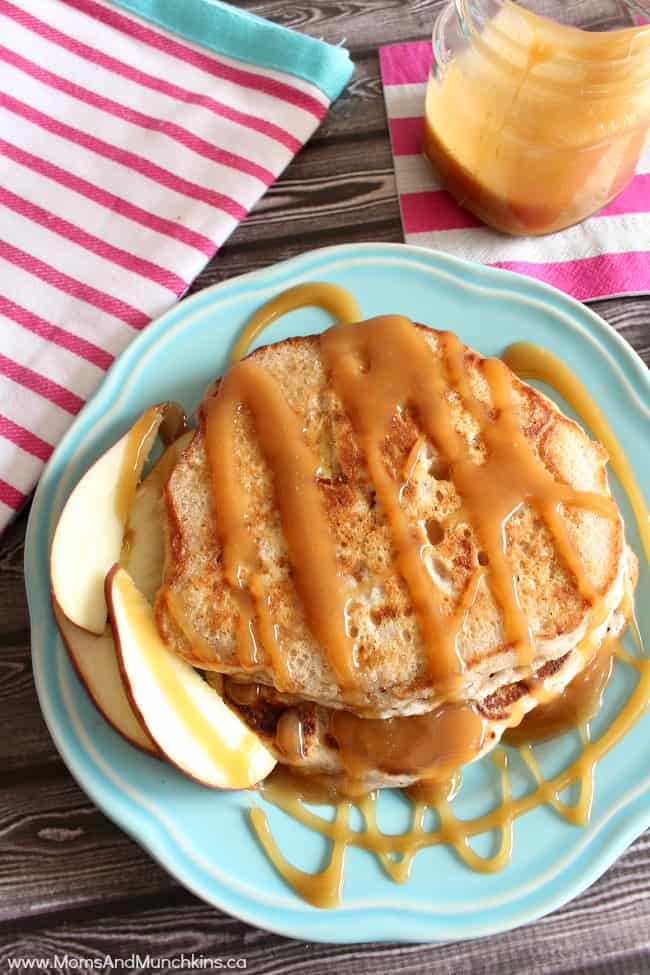