The 2015 World Food Championships in Kissimmee, Florida has come to an end. The ultimate food fight took place in sunny Florida from November 3-10 & welcomed more than 1,100 competitive chefs, home cooks & food sport enthusiasts. I was there to watch the Bacon World Championship & it was quite impressive to watch! In the massive outdoor kitchen – the Kenmore Kitchen Arena – the competitors quickly went to work creating their bacon masterpieces to impress the judges. The arena was filled with over $250,000 in brand new Kenmore kitchen appliances so the competitors had the chance to try out new equipment that wasn’t even on the market yet. Where else in the world are you going to find a kitchen measuring 7,800 square feet?! 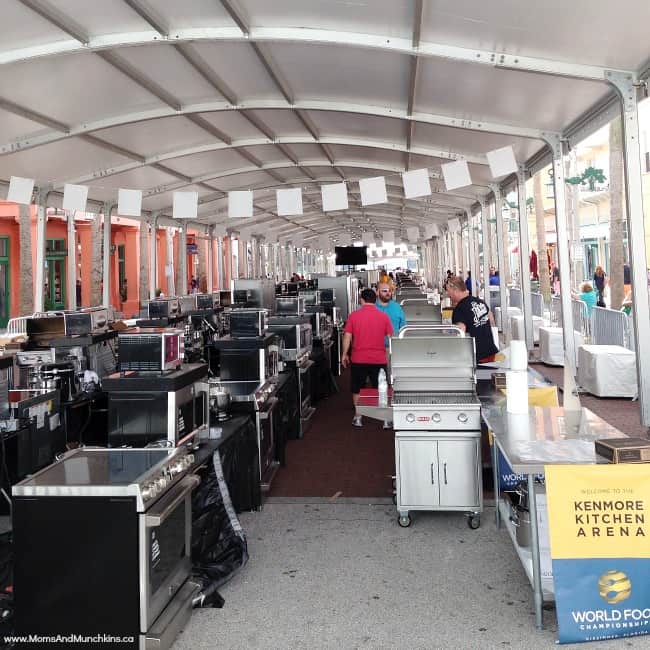 Watching the competitors in action, you could see that the pressure was on. Not only did they want to impress the judges & win the title but they also had crowds of people watching them while the clock counted down. There was even an official “cheferee” there to keep an eye on the competitors and make announcements as the deadline approached. 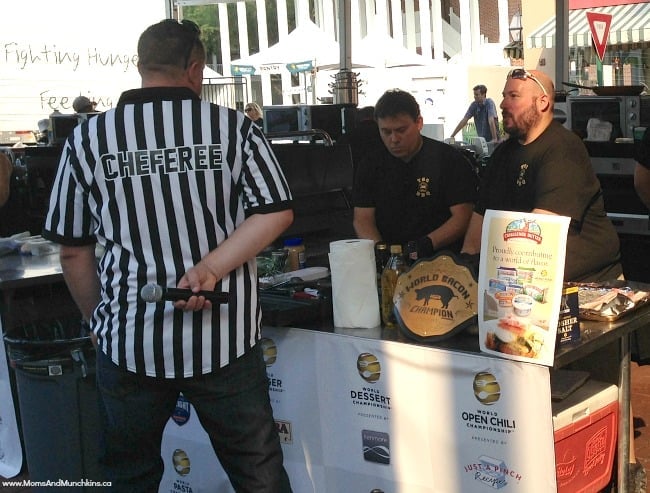 With my special media pass, I caught some of the behind-the-scenes excitement as competitors raced to hand in their tasty masterpieces before time ran out. You could see the emotion on their faces & many could be seen breathing a sign of relief that they made it on time without any major kitchen mishaps. 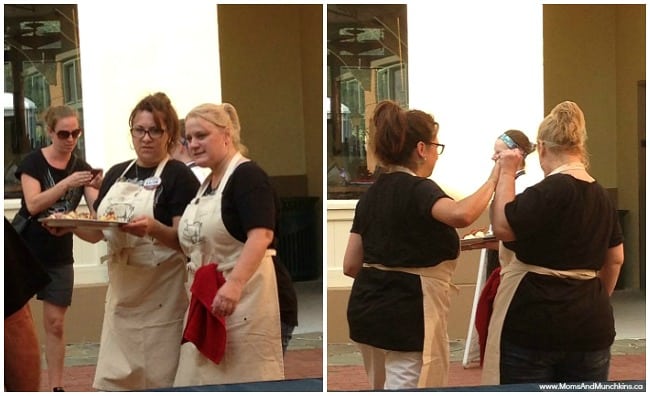 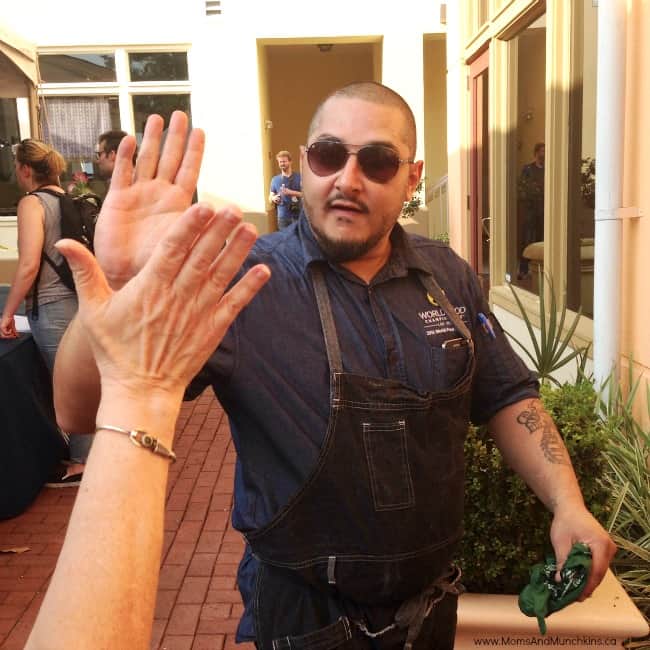 Competitors were scored using the EAT Methodology: Execution of a recipe, Appearance of the presentation plate and the Taste were all factors in the final scores. 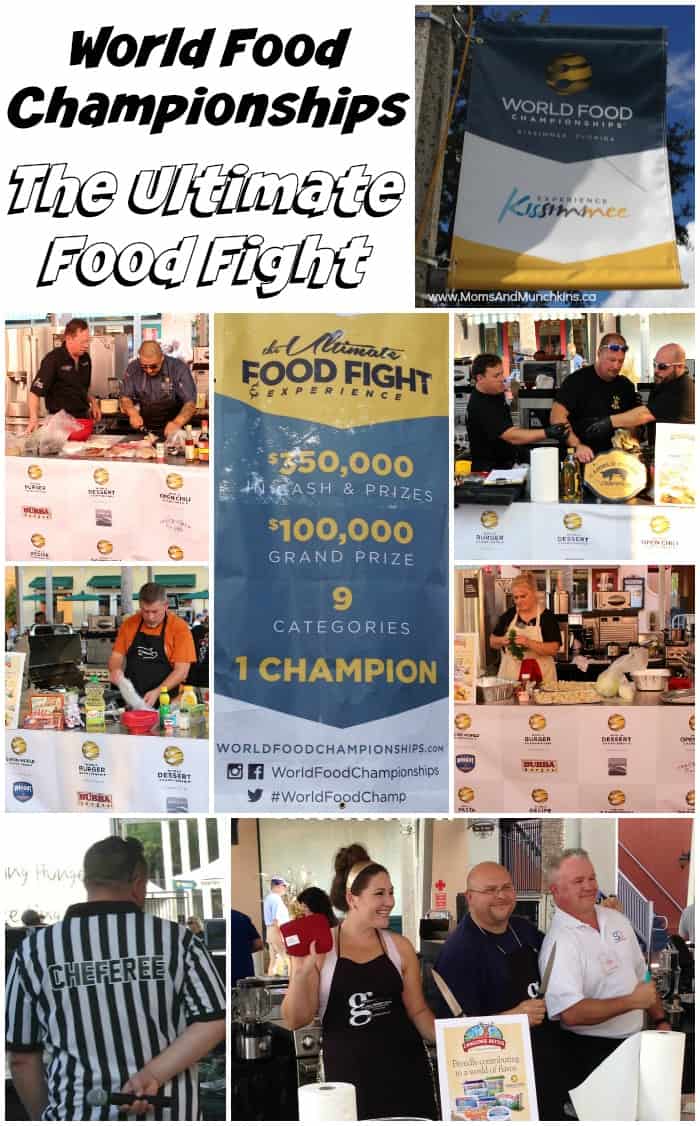 I was a little disappointed to see all that food being prepared & handed into judges without tasting a sample (yes, I may have drooled a bit) but the cooking competitions weren’t the only thing happening at this huge event. In the Tasting Village you could find vendors offering samples while in the Sizzle Spot you could watch live food demonstrations like the Double Duty Molasses Ginger Cookies demonstration we watched featuring Laurie Lufkin & her family recipe. Trust me, you’ll want to save this recipe for the holidays! 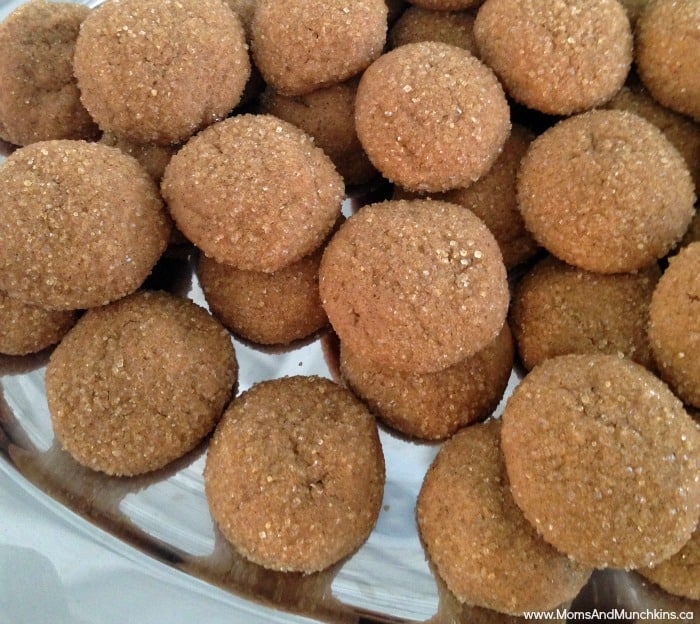 Over in the Swizzle Spot you could watch mixology demonstrations then head over to the World Cocktail Experience for some evening cocktails in the beautiful party tent. 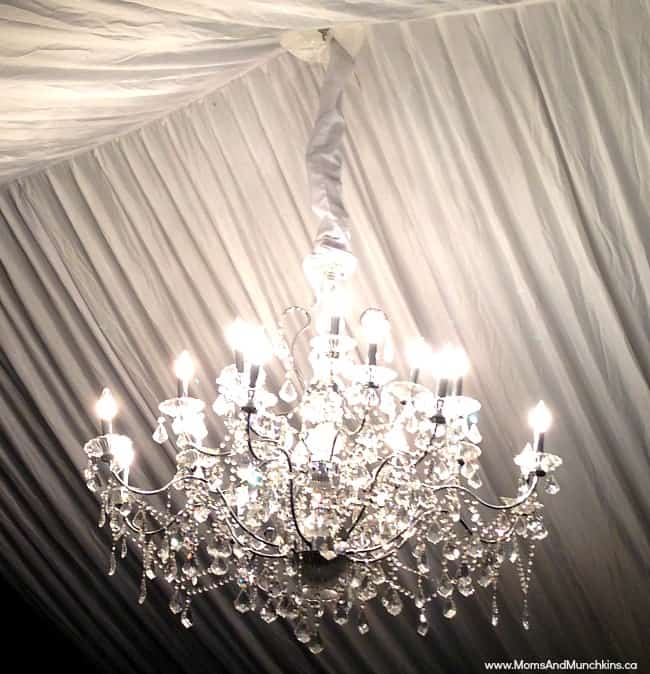 It was a beautiful setting for the ultimate food fight & I’m excited to hear what they’re planning for next year. Whether you’re a chef looking for a fun experience & some great exposure or a foodie looking for a unique vacation experience, I’d recommend checking out the World Food Championships! 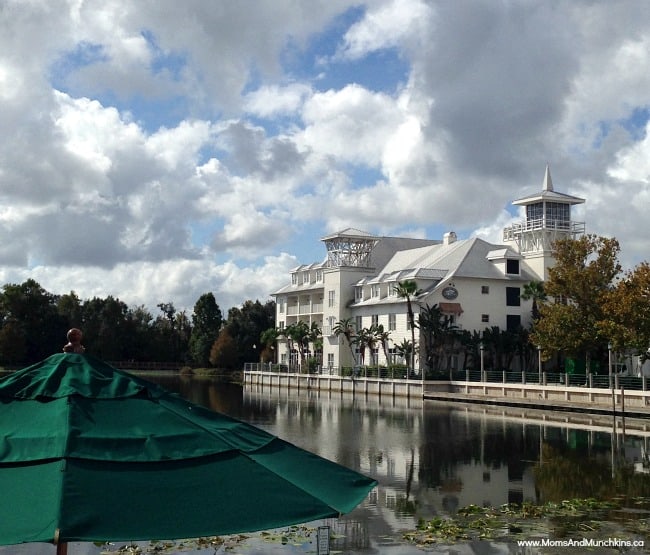 *Disclosure: Travel, accommodations & events provided by Experience Kissimmee; however, all opinions expressed here are my own.