This post is courtesy of our contributor Krista…I will admit that I am not the biggest sports fan out there, but the Pittsburgh Pirates versus the New York Mets game was definitely the highlight of our Pittsburgh trip! Pittsburghers glowed with pride and fans of all ages packed into the stadium that accommodates over 38,000 people on any given game night. Everywhere you looked fans were wearing, blowing, flashing and swaying Pirates merchandise. I even purchased a cute Pirates hat so that I could fit in! The feeling & the energy in the stadium was electric! 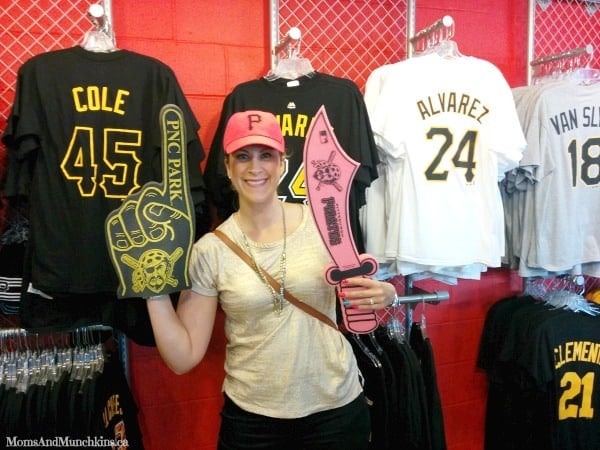 PNC Park was built in 2001 and is located on the north shore across from downtown Pittsburgh along the Allegheny River. The location is perfect for walking from downtown as there are multiple bridges that connect to the river walk leading to the park. 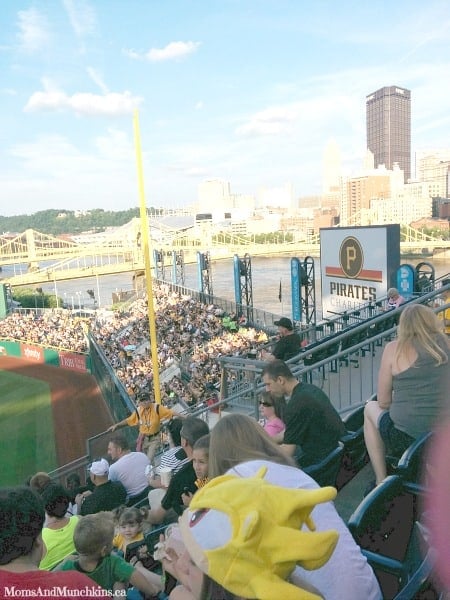 The stadium is set up so every seat in the house has picturesque view of Pittsburgh’s gorgeous skyline providing the perfect opportunity to play I Spy with your little ones. 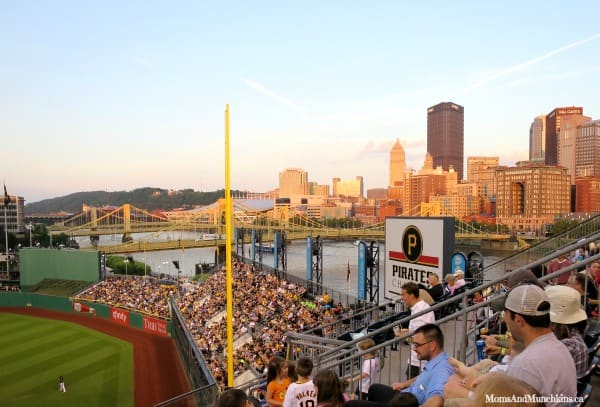 Our ticket was in the “all you can eat” section located on the right field corner. The food choices included unlimited hamburgers, hot dogs, peanuts, popcorn, nachos, ice cream sandwiches, pop and (for a healthier option) salads. Having access to the “all you can eat” required a wristband and made it incredibly efficient to get food as the “all you can eat” concessions were not open to the general ticket holders. As parents of little ones know, there’s nothing worse than standing in line for food with hungry little people! Other options within the stadium include traditional ballpark burgers, Pittsburghers famous Primanti Brothers sandwiches, Manny’s BBQ and (for the more adventurous) delicious fresh sushi. PNC Park is one of the few remaining ballparks that you are able to bring in your own food, which is great for families with allergies, special needs or those wanting to stick to a budget. 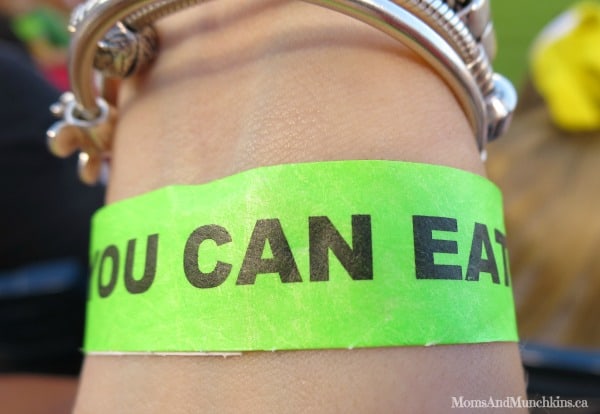 Throughout the game, fans were treated to interactive entertainment on the huge video board and LCD display screens. Fans were tweeting messages that were displayed on the screens as well as the traditional Kiss Cam. Another family favorite was looking for the Pirate Parrot mascot and enjoying his antics followed by the traditional Pirate Pierogies foot race that entails four different “filled” pierogies racing 280 yards at the end of the 5th inning! 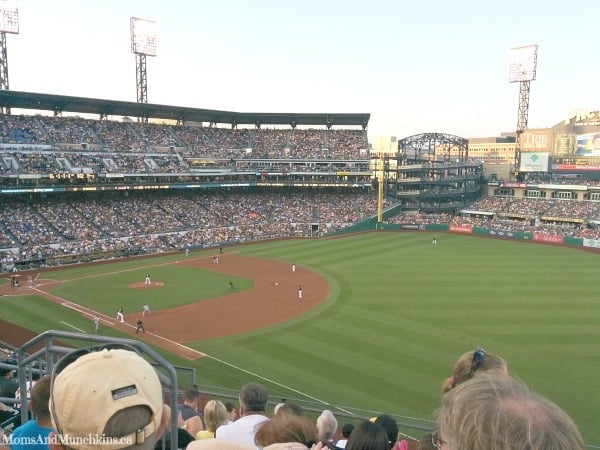 As we all know, little people can get antsy and a baseball game could seem like an eternity for a little one. I was pleasantly surprised to discover a fenced in play structure and yard where children had space to play & burn of some energy. 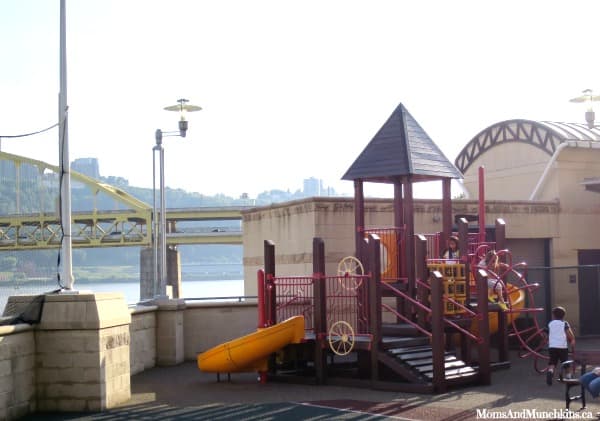 There are plenty of staff more than willing to help with directions or finding restrooms which are plentiful (always important with our little ones).

At the conclusion of the game, fans were treated to a spectacular fireworks show put on by Zambellis Fireworks. This wasn’t your ordinary fireworks show! It was the best fireworks performance I have ever seen! The fireworks were set off from the Clemente Bridge showcasing downtown Pittsburgh and some fireworks were even shot from the top of an office building! People of all ages were memorized and, although I may have lost my hearing for a couple minutes afterwards, it was the perfect ending to a great evening spent with family! Visit the Pittsburgh Pirates official site for more information on upcoming games and planning your visit. 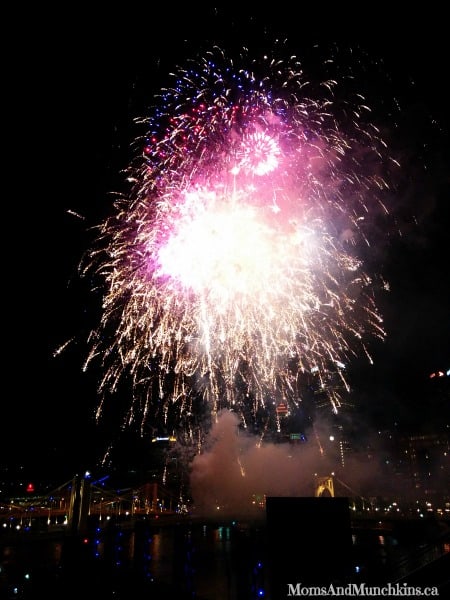 Want to know more about Pittsburgh? Check out the rest of my Pittsburgh trip here!

*Disclosure: This post & press trip was compensated by VisitPittsburgh.com. All opinions expressed here are my own.

8 thoughts on “How The Pittsburgh Pirates Entertain The Entire Family”