This post is courtesy of our contributor Carolyn…I have so much fun planning activities for my daycare children and when the activities have a theme it’s even more enjoyable! When I’m having a busy week and they are included in the product I’m reviewing – it’s even better! The Henry Hugglemonster: Meet the Hugglemonsters DVD provided over an hour of entertainment on one of our Movie Friday’s and the bonus Henry Hugglemonster activities we received with the DVD and on the Disney Junior website were also a hit with the kids. 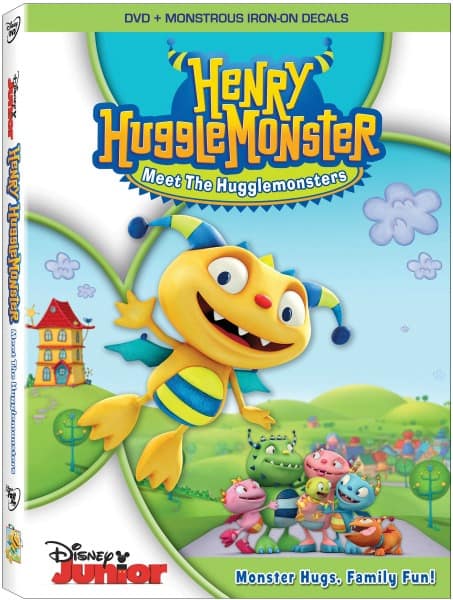 Henry Hugglemonster: Meet the Hugglemonsters is six episodes of Henry and his extended family’s day-to-day adventures, with a bonus episode of Sheriff Callie’s Wild West (a new addition to the Disney Junior Canada lineup this year)! Henry Hugglemonster is a five year old monster from Roarsville who takes charge of every adventure and does his best to be his best. The children loved every episode but asked me to play The Huggledance Party episode several times. You should have seen them shake to the music!

The Disney Junior website provided a few extensions that were easy to print off, put together, and present to the children. Having taken on a few more things in my community personally, it was welcomed to have someone else do some of the planning for me! 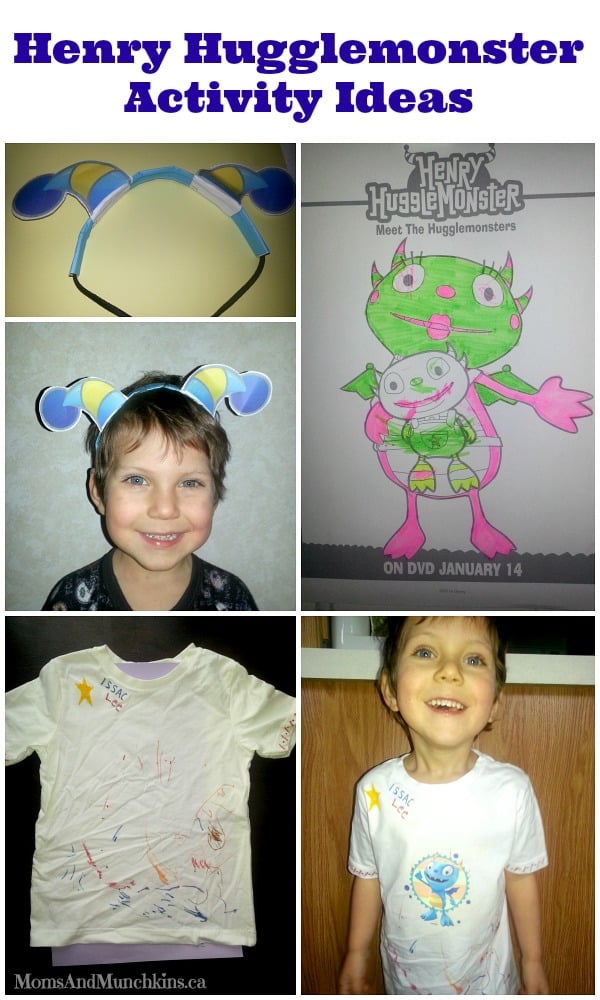 Henry’s Horns: On the Disney Junior website I found a link to make your own horns. Since my toddlers are in the early stages of cutting and pasting, I made the horns myself. I followed the instructions except I added an elastic headband to better hold the paper and horns. After we all became Henry, we had a little Huggledance party!

Henry’s Family Coloring Pages: Another link provided me with seven printable coloring pages. I laid out the pages during quiet/nap time, along with pencil crayons, crayons, and markers (regular and highlighters), and as usual, the children went for the “flashy” (highlighters) markers. They LOVE how bright the highlighters are! Coloring is always a hit and I will be looking for other printables for future quiet time activities.

Decorating Shirts and Iron-Ons: Not only was there a bonus episode on the DVD, it also came with three Monster t-shirt iron-ons. I bought three white T-shirts (one for each of the children) and there were three iron-ons so that worked out perfectly! I also found fabric markers for a reasonable price and let the children draw on the t-shirts before I ironed on the pictures! Note: There is a better chance the markers and iron-ons will survive the washing machine if you wash the plain t-shirts before you decorate them! Also, I’ve never ironed pictures onto fabric before so I found the instructions vague. I suggest you put heat on the picture for at least three minutes before letting it cool for three minutes. Our first attempt left some of the picture on the template. The children were amazed that they made their own t-shirts! After the shirts were complete ,we popped some popcorn and watched the DVD again (and again).

*Disclosure: We received the DVD in exchange for an honest review. All opinions expressed here are my own.