This post on Walt Disney World During Christmas is courtesy of our contributor Cheryl…The holiday season at Walt Disney World is a very magical time of year. It’s my family’s favourite time to visit and if money were no object, we’d fly to Orlando every December. If you’re considering visiting Walt Disney World now until the end of this year, here are a few things you need to know. 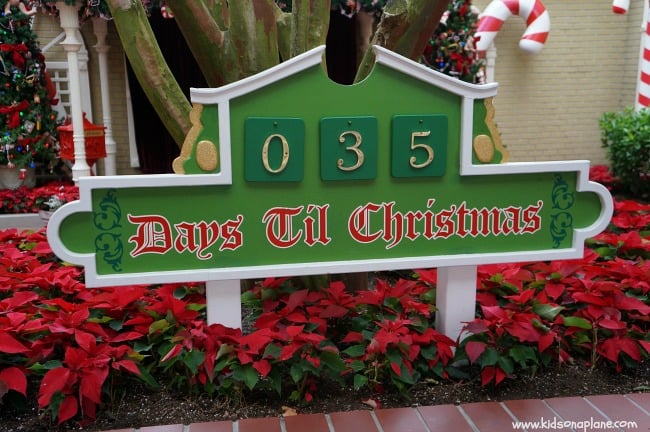 The holiday “season” at Walt Disney World actually begins in early November and doesn’t end until the beginning of the new year. End of November and beginning of December are great times to visit with younger children because of lower crowds and shorter lines. This is generally when we plan our Disney World visits.

It is possible to do Disney World between Christmas and New Year’s but only if you and your travel group can handle the crowds as you’ll have to head to the parks as soon as they open. This doesn’t work well for us now that we have young children but it was pretty manageable when my husband and I visited pre-kids. I only had a 6 month pregnancy bump to deal with and not strollers, bottles and nap schedules.

Walt Disney World goes all out for the holidays – from the decor at the theme parks and resort hotels, the special events and parties in November, December and January and the 24/7 holiday music (OK, maybe it’s just me that loves the music bit!)

Characters are dressed up in holiday attire for most meet and greets at the parks and some rides have added holiday themes including the Jungle Cruise at Magic Kingdom which changes to the Jingle Cruise later this month. 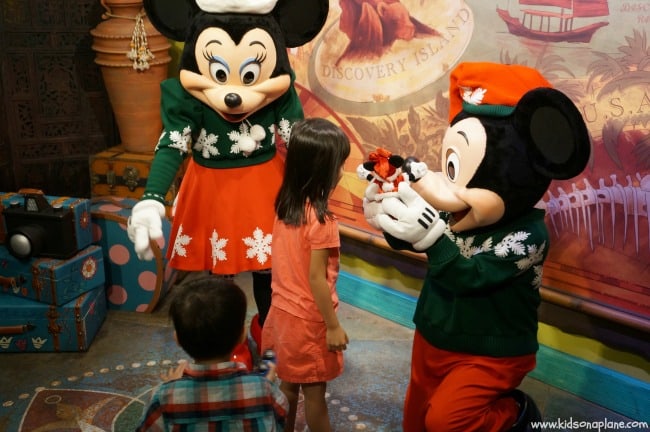 Cinderella’s Castle at the Magic Kingdom is covered in icicle lights (200,000 lights if you want a ballpark figure) and visitors can see it in all its glory every night from November until early January. 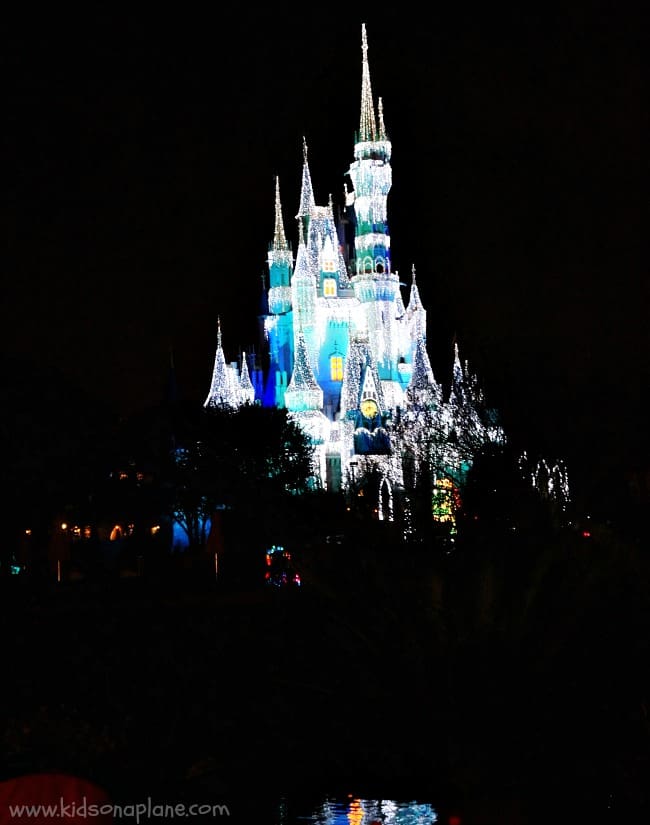 There are special holiday parades and shows at the parks and this year, the characters from Frozen will be performing in a show of their own at the castle in Magic Kingdom.

Mickey’s Once Upon a Christmastime Parade is a special ticketed event that includes a night time parade, character dance parties, fireworks show, snow on Main Street USA and free snacks and hot chocolate. 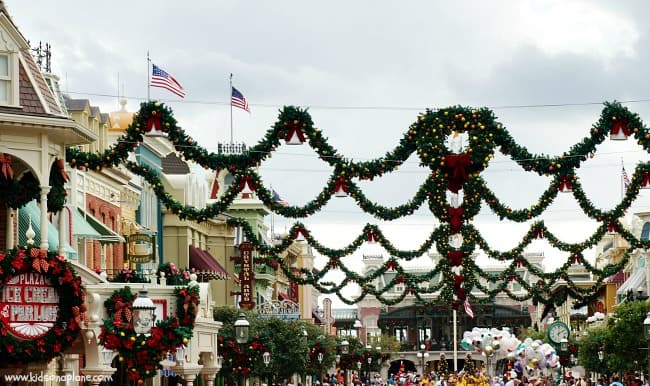 Families who can’t make it to this night time party can see the parade during the day on the weeks bookending Christmas. It won’t be the same experience (no snow and lights) as the party at night but still fun, nonetheless.

The Candlelight Processional is a free show at EPCOT where the Christmas story is told by a celebrity narrator, choir and live orchestra. Depending on the narrator, crowds can start gathering hours before the start of each show so make sure to take that into account if you have young ones in your travel group.

EPCOT also runs a Holidays Around the World program at the World Showcase each year where countries share their holiday traditions and stories with park visitors.

At Disney’s Hollywood Studios, families can take in the holiday festivities at the Osborne Family Spectacle of Dancing Lights in the Streets of America area. The street goes dark and then millions of lights and animated displays turn on and flash synchronized to holiday tunes. 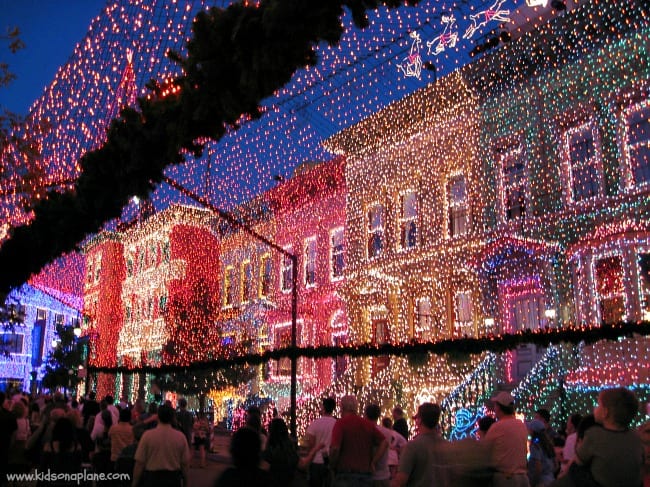 Visitors can find huge Christmas trees at each theme park and Walt Disney World Resort hotels – each decorated to match the theme of the park or hotel. It’s incredible to see and one of the things my kids love to capture on their kid cameras. 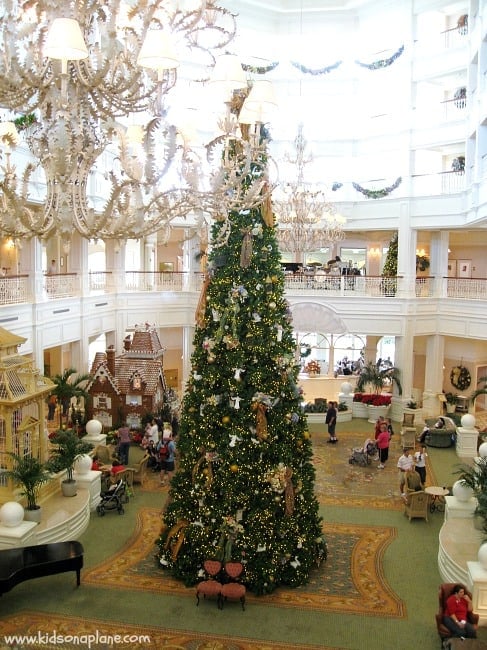 There’s some spectacular holiday decor and scenes at each of the Deluxe resorts including the gingerbread house at the Grand Floridian, gingerbread display at the Contemporary and the chocolate carousel at the Beach Club. 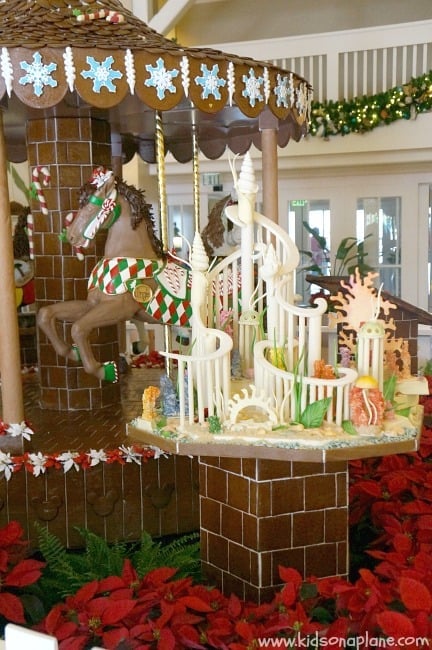 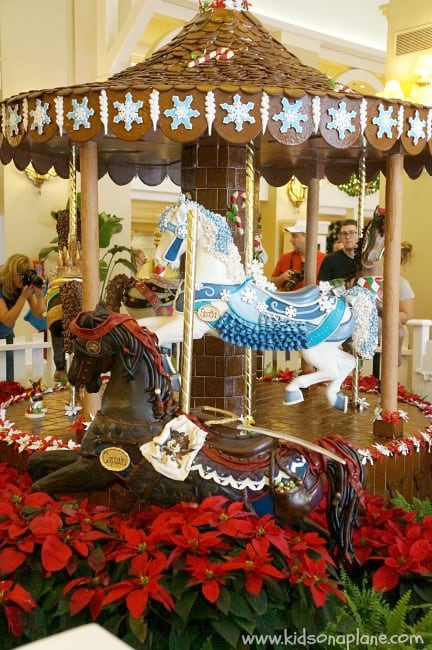 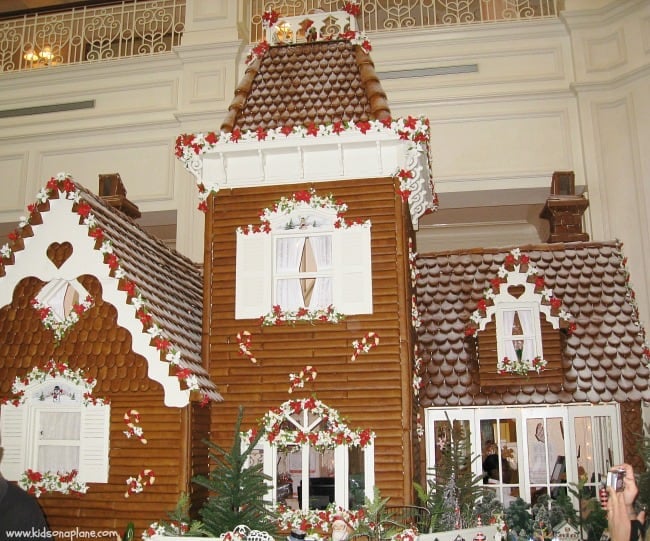 What would holiday celebrations be without some good food? Special holiday and Christmas treats and dishes are available at each park and hotel – think sugar cookies, gingerbread men, flavoured hot chocolate, fruit cake, peppermint bark, and an assortment of snacks decorated in red, green and white.

Celebrating the holidays at Disney World is truly an unforgettable experience and I am looking forward to squeezing a few more Christmas trips to Orlando with the kids before they leave the nest!

Have you visited Disney World during the holidays? What was the most memorable part of your trip? 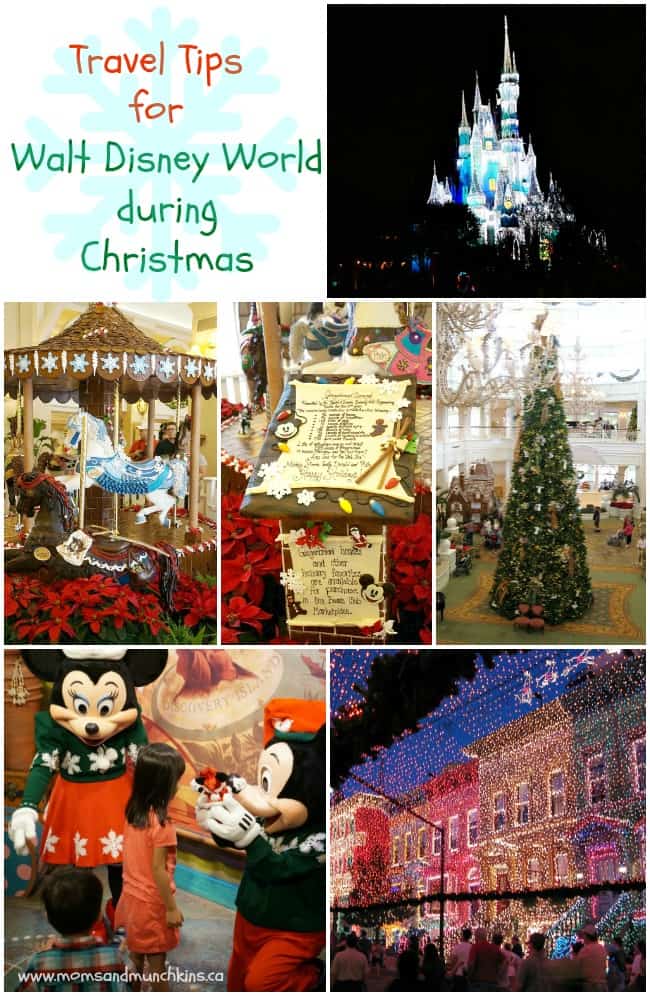 Thank you to Cheryl for sharing these great travel tips with us. Now I’m off to bug my husband about planning our next family vacation! Cheryl shares loads of great Disney travel tips on her site Kids On A Plane. Follow her family travel adventures on Facebook, Twitter and Instagram.