These Chocolate Coconut Brownies may look a little too complicated because of the amount of steps but it’s a very easy recipe to make – I promise! If you’re a fan of coconut desserts this is one recipe you do not want to miss! The best brownies on the bottom, chewy coconut middle and a chocolate ganache topping. Go ahead and grab a napkin for that drool…I’ll wait. 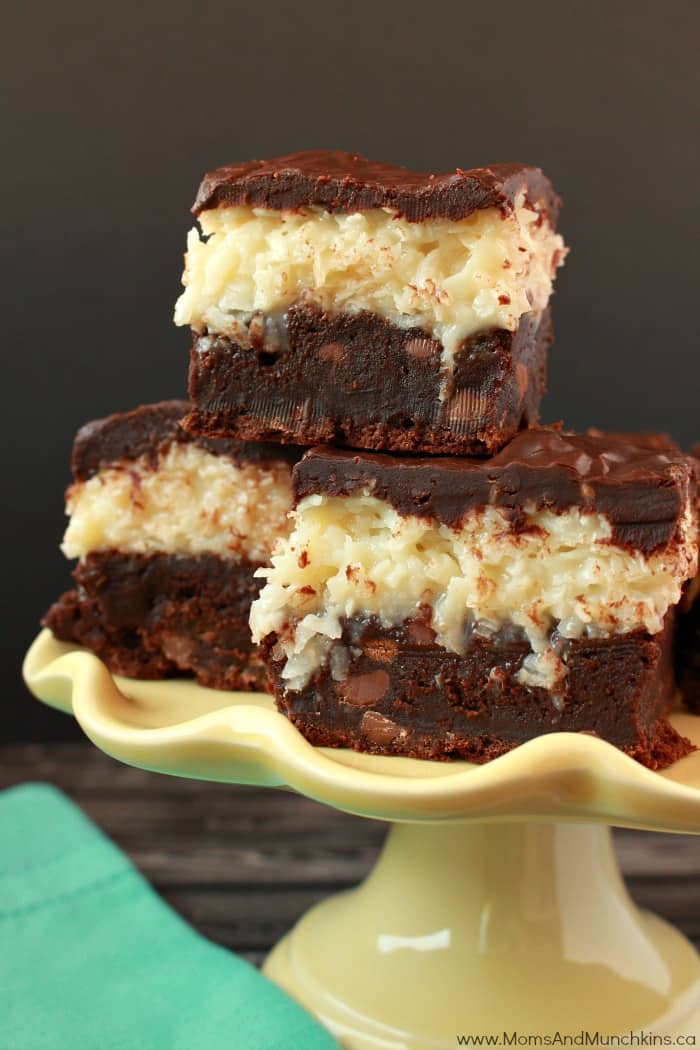 Whenever I’m making a dessert recipe for the blog, I tell myself “Oh, I’ll just taste a little bit to make sure it’s a delicious recipe to share on the blog”. Then of course the piece I cut wasn’t cut evenly so I have to even it out by cutting off a little bit more. Then it sits in the fridge for a little bit and I have to try another piece because it probably tastes different now that it’s been in the fridge for an hour, right? Then comes the blog photos. I cut up the desserts or bite into some for photos but I can’t give someone else a half eaten brownie, right? Right! So down that one goes into my belly too. Before I know it, my little taste has turned into half a 8″ pan of brownies. Oh well, it’s all for research…right? 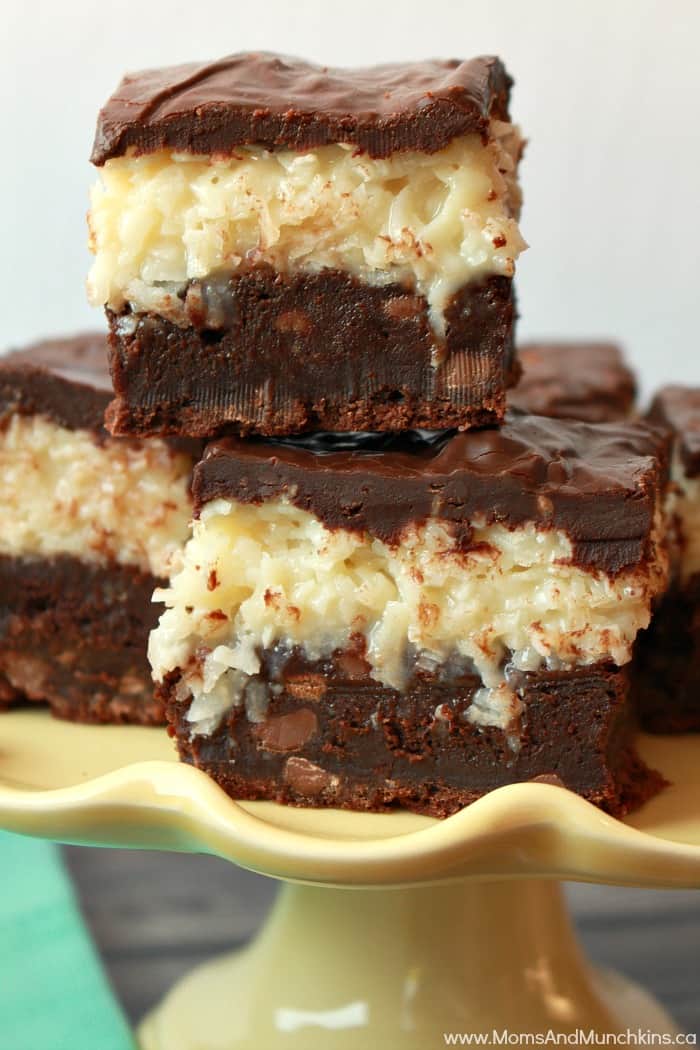 Yes, there are a quite a few steps here for making these brownies but I promise you that it’s easy and well worth the effort. Now let’s get to the recipe so you can be biting into one of these Chocolate Coconut Brownies soon. 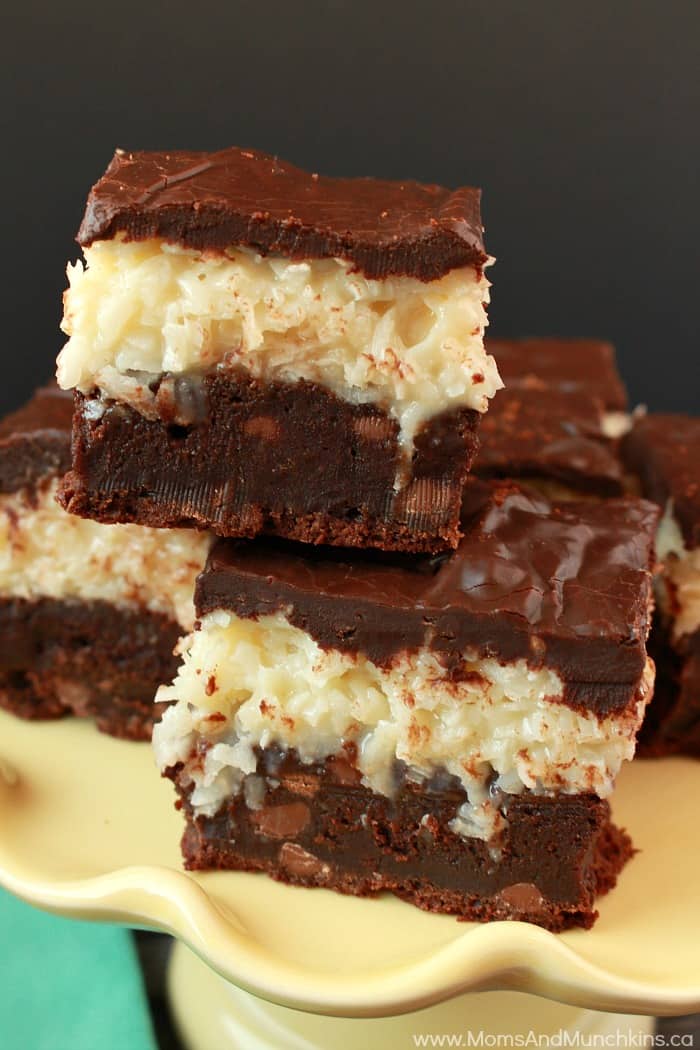 5.0 from 1 reviews
Print
Chocolate Coconut Brownies
Author: Cheryl Kirkness of www.MomsAndMunchkins.ca
You'll want to start by making the chocolate ganache because you'll want this to cool and thicken for two hours in the refrigerator before spreading over the brownies.
Ingredients
Instructions
3.5.3226
Love chocolate & coconut desserts? I do too so you’ll find plenty of them here on the blog!

Triple Chocolate Coconut Bars – these could not be any easier to make. 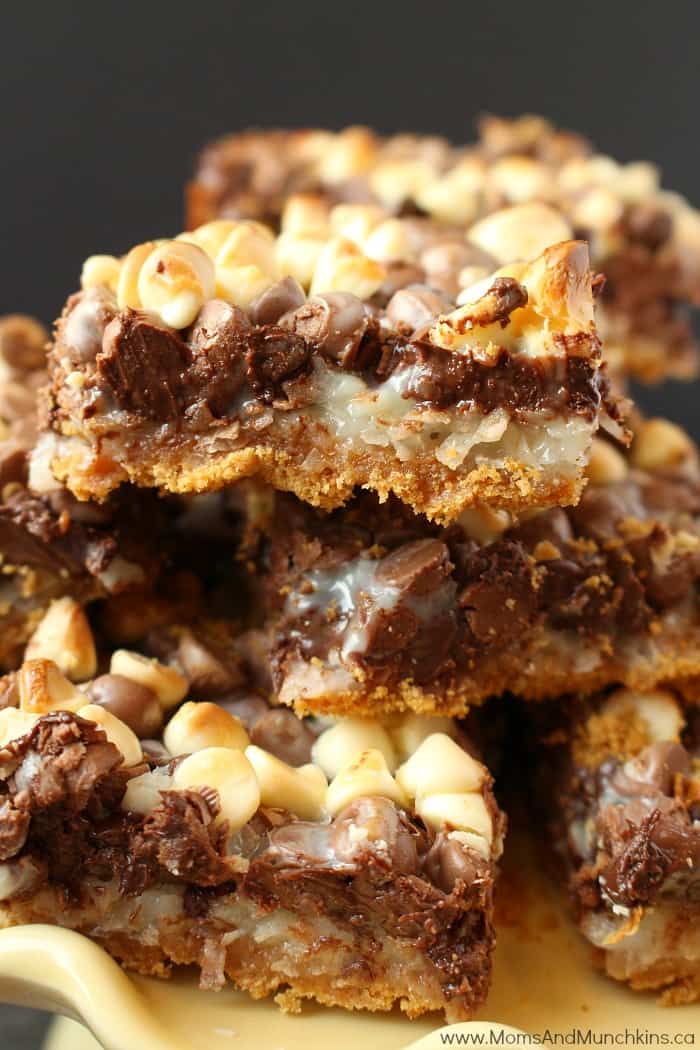 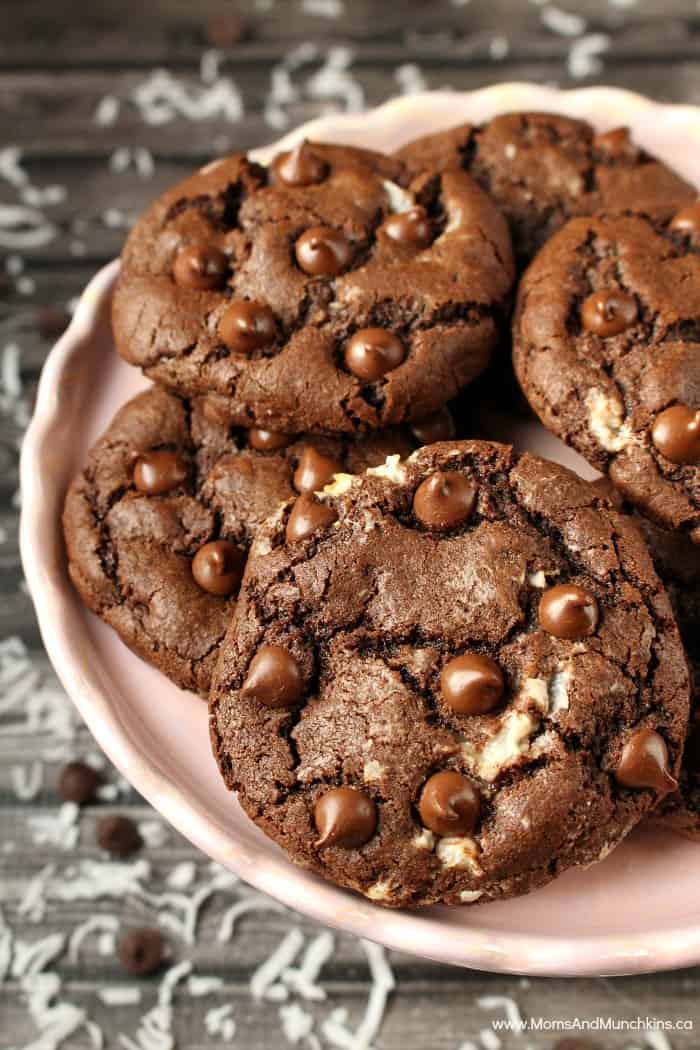 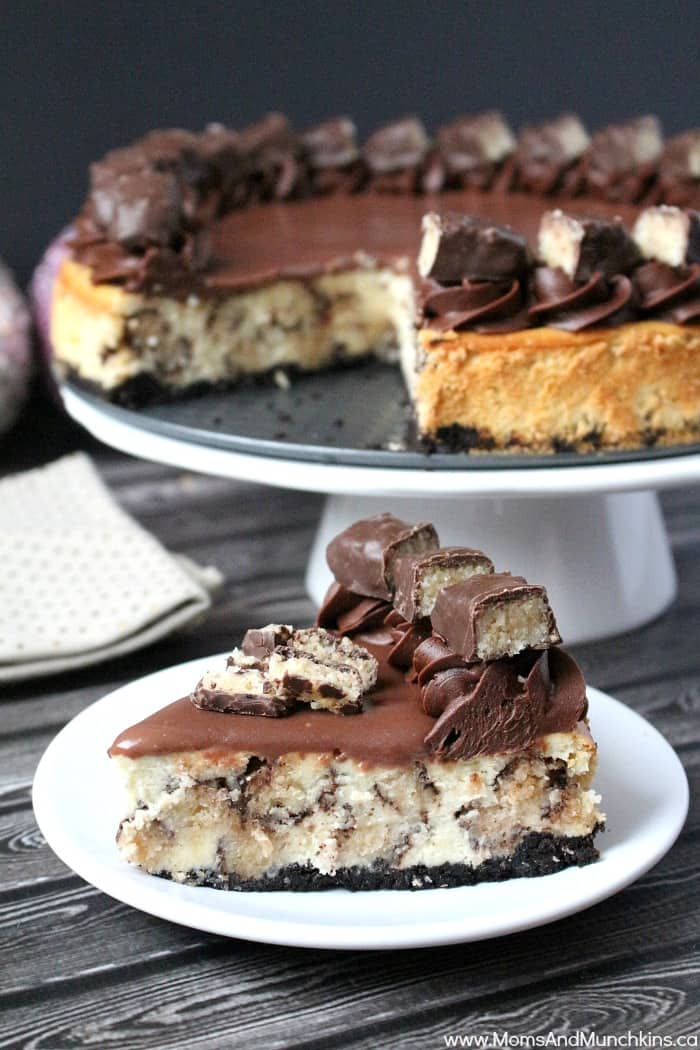