I’ve talked about my husband and son multiple times on the blog but did you know that we also have two other family members living with us? Today I’m happy to introduce you to Ally & Iggy! Ally ‘Kat’arina (clever, right?) has been a part of our family since January 2007. She’s a sweet girl who loves cuddles and she drools excessively when snuggled. Iggy Wayne (his middle name is my dad’s name – we thought it was funny to name our first “son” after his grandpa) has been a part of our family since June 2008. He’s a couple of years younger than Ally so he’s quite a bit more energetic. Today I’m going to focus on Ally and talk a little bit about the changes we’ve seen in her as she ages. We have started her on a new cat food for mature cats by Royal Canin and already we’ve seen some interesting results. 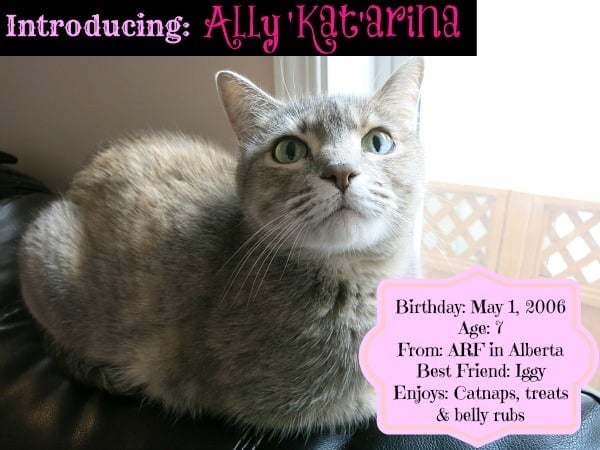 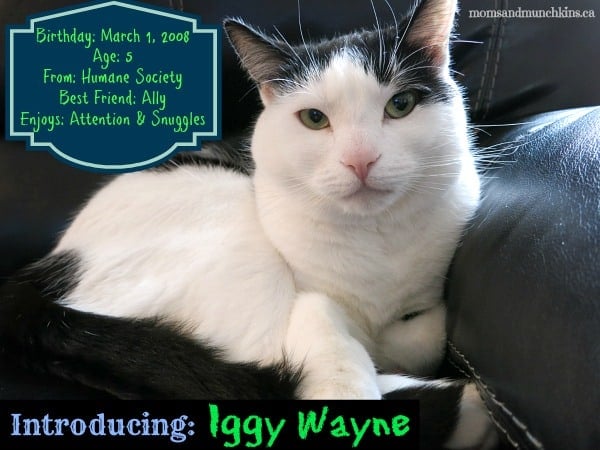 Ally is from the Animal Rescue Foundation (ARF) in Calgary. She was just 8 months old when she became a part of our family. Initially we were just taking her in as a foster home but as soon as I met her I knew she would be a part of our family forever! She’s a very sweet cat but she frightens easily. She is strictly an indoor cat and is actually frightened by the outdoors. Now that we have an energetic two year old at home, she can sometimes get stressed by the additional noise and energy in the house. This stress causes her to shed a lot and we’re constantly sweeping and vacuuming up a lot of cat hair. A veterinarian recommended that we try the Royal Canin Hair & Skin 33 formula. It is a formula for cats (over 1 year old) with skin and coat issues.

This food is formulated to nourish a dull coat, help fight dandruff, promote hair growth and show visible effects of a glossier coat in just 21 days. We’re one week into our trial and the first seven days were a transition period to change her diet from her old cat food to completely on the new Hair & Skin 33 formula. One thing we’ve already noticed is her interest in eating. Her brother, Iggy, is always the first to run for the food dish and he is always excited for mealtime. Ally is much slower to get up and head to the food dish and even when we would bring the food dish closer to her, she was never really eager to dig in. Now with this new formula, both cats race downstairs when they hear their dishes filling with food. Also, (and this required bold text because we’re so excited about it):

We’re surprised that we’re already seeing results and we love not having to use the lint brush on the couch each day! 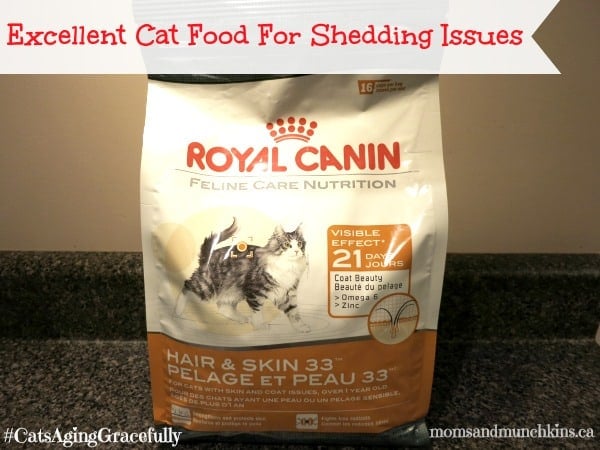 Along with the new formulation of dry food, we were also given some wet food to try. The Instinctive 7+ Vitality Support is designed for cats 7 – 12 years old. This canned wet food includes thin slices of meat in gravy. As soon as our cats hear the can open, the meowing starts and they start gathering at our feet. We just can’t get this food into the dish fast enough for them! Since Iggy is more aggressive than Ally (especially when food is involved), Iggy has been hogging the dish and not wanting to share with Ally. Typical brother, right? So we’re going to start feeding Ally in a separate room so that she has the opportunity to enjoy it as well. After all, Ally is our “mature” cat (since she is 7 years old) and this food is intended to help her health as she ages. 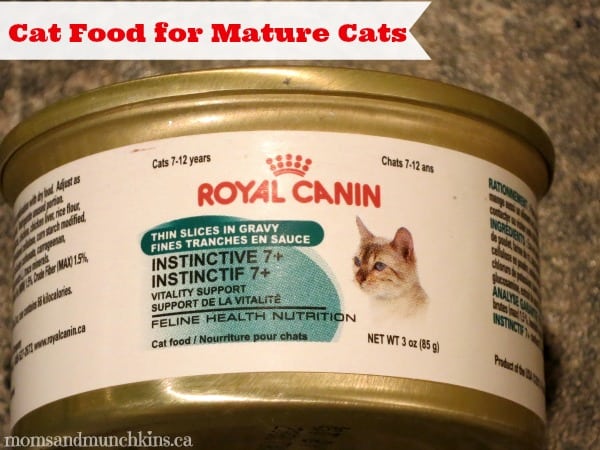 Over the next couple of weeks, I’m going to be sharing updates on the changes we see in Ally as she continues on her new diet. This diet is tailored to the needs of an adult cat through the first phase of aging. Did you know that cats enter the first of three phases of aging as early as seven years old? The formulation of Ally’s new diet includes:

Do you have furry family members at home? I’d love to hear about them in the comments below! You can also follow our conversations on Twitter by joining the hashtag #CatsAgingGracefully. You can learn more about the options for cat food for mature cats here.

*Disclosure: I am part of the Cats Aging Gracefully campaign and receive perks as part of my involvement. All opinions expressed here are my own.