BBQ season is officially here! Have you fired up the barbeque yet this year? We’ve been using ours at least a couple of times a week and I have a long list of recipe ideas I want to try this summer like these Easy BBQ Chicken & Bean Burgers. Yum! I’m going to plan a fun Canada Day BBQ this year for my family and I’m already drooling over the planned menu!

Do you have plans yet for the Canada Day long weekend? How would you like to celebrate Canada Day with Chicken Farmers of Canada in Ottawa? Well, here’s your chance! 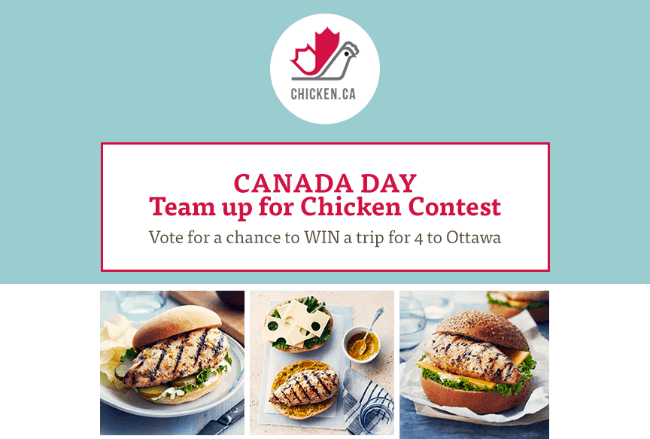 Team Up For Canadian Chicken!

That’s right – Chicken Farmers of Canada has launched their exciting Team Up For Canadian Chicken contest where you could win a 3 day, 2 night trip for four to Ottawa for Canada Day (June 30-July 2, 2015). This contest is open to Canadian residents who have reached the age of majority in their province or territory. You can read the full contest rules here.

Entering this contest is so easy! Simply visit the contest page and vote for 1 of 3 Chicken Farmers of Canada recipes and provide a short reason (2-4 sentences) for why you chose that recipe for your family.

The contest is open now and runs through May 29th, 2015. Here are the fabulous prizes you could win:

This is a HUGE contest and we’re celebrating with a Twitter Party on May 21st at 9pm EST. We hope to see you there! Please see the RSVP list below. 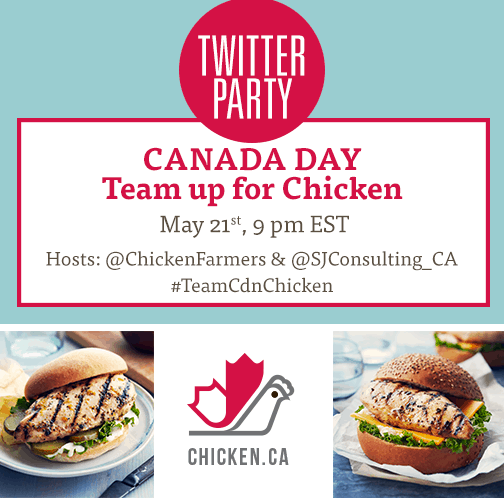 Disclosure: I am participating in the Chicken Farmers of Canada campaign managed by SJ Consulting. I received compensation in exchange for my participation in this campaign. The opinions on this blog are my own.

1 thought on “You Could Win A Trip To Ottawa!”