Early this morning, my son and I headed out for a doctors appointment. While driving down our street I saw a $20 bill laying in the middle of the road. Let me start by saying that I don’t usually stop to pick up change in the street. Even if I drop a quarter myself I’ll just leave it for the next lucky kid that comes along. But this wasn’t a quarter it was a $20 bill and I’d be crazy to drive over it, right? So yes, I did pull over to grab it. Sure, it had been run over a few times by passing cars and it was looking a little beaten and yes it was stuck to the ground in ice but it wasn’t something that a little scraping couldn’t fix. I used my new Nokia Lumia 620 to snap a picture of our fortune and we headed to our doctor appointment. 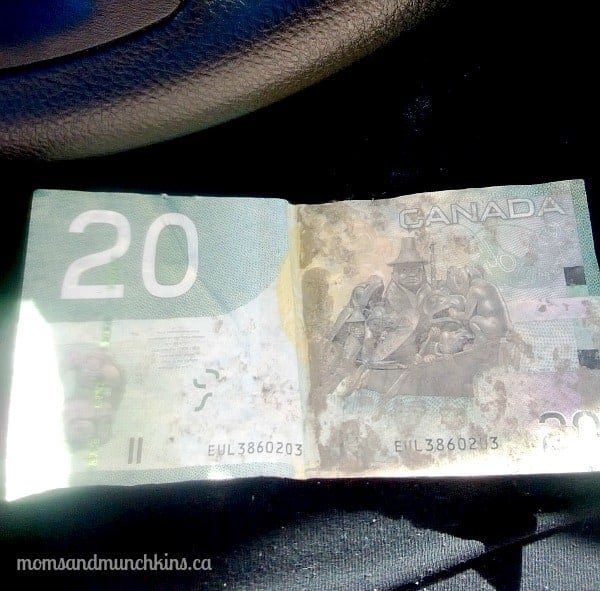 Once we finished with the appointment I started to think of fun ways to spend our treasure. Believe it or not, this isn’t the first time I’ve found $20 on the ground. When I was a young child (under 10 years old), I found $20 in the parking lot of Canadian Tire. As I’m sure you can imagine, finding $20 when you’re a kid is a BIG deal and I was excited to spend it right away. I knew what I wanted to spend it on – a Slip ‘n Slide. Remember those? I was determined to head into Canadian Tire and buy myself a Slip ‘n Slide. My parents talked me out of it and I can’t remember what I ended up spending the money on. One thing I know for sure, I never did get a Slip ‘n Slide…or a Rainbow Brite doll…but that’s another story. This $20 was going to be different – I was determined to use it on something fun!

Just one problem – it was still wet with ice and mud. I knew I couldn’t spend this $20 until it was in better shape. In the meantime, it was 9am and our appointment was over so I started trying to think of a fun activity for my son and I. He always loves going to Chuck E Cheese but I wasn’t sure what time it opened. Thankfully I had the Nokia Lumia 620 with me and I could quickly look up the hours of Chuck E Cheese. Opens at 9am – great! Off to Chuck E Cheese we went! 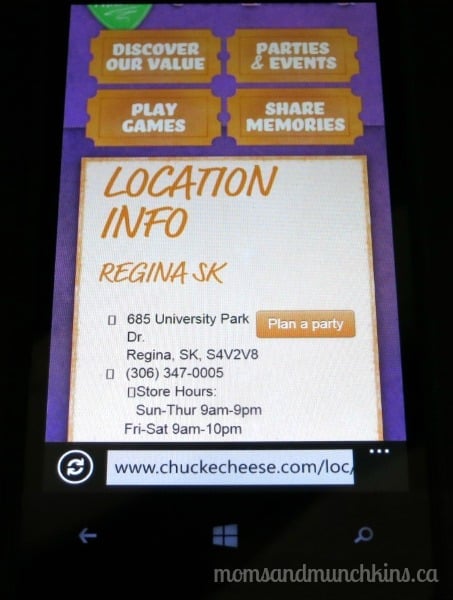 On the way to Chuck E Cheese I heard an interesting story on the radio. They said that 10% of the wealthiest people in the world are Gemini. I thought this was hilarious because I am a Gemini and I just found $20! I guess their study was right!

My little guy loves Chuck E Cheese for the pizza and the games but he’s still a little too young to enjoy the big mouse. We played a few games while our lucky $20 dried off in the van. I was able to use the Nokia Lumia 620 to snap a few cute pictures of my little guy playing games. Excuse his messy hair – he was having a bad hair day. 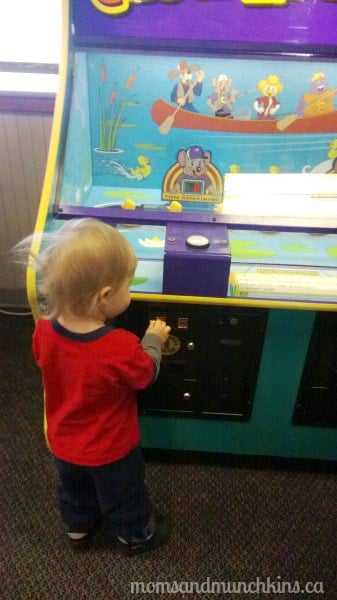 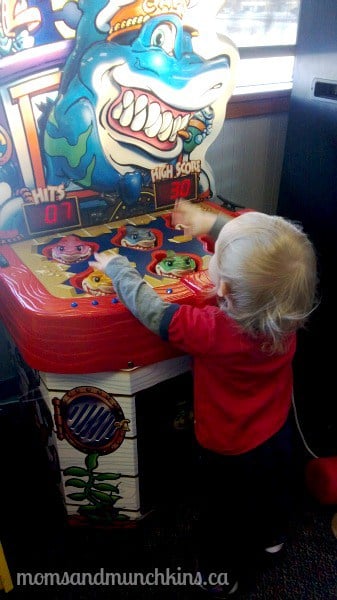 He loves testing his luck with the big ticket wheel. Today was came so close to winning 100 tickets! Look at this photo for proof that we were only a half click away from winning BIG. Can you imagine if we were to find a lucky $20 and win 100 tickets in the same day? That would make me one wealthy Gemini! 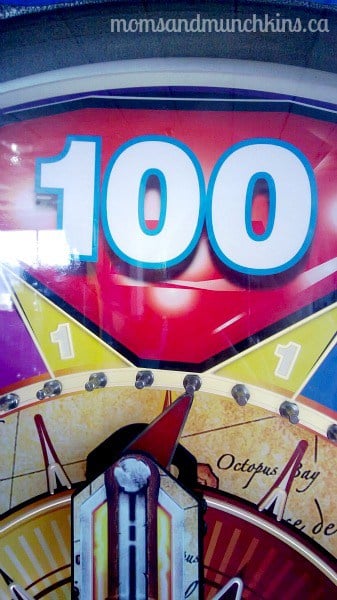 By the time we finished at Chuck E Cheese, I knew what I wanted to do with our lucky $20. We were going to head to Nana’s house (my mom) to take her out for lunch. Before we could do that, our $20 needed a quick rinse because I would look odd using a muddy bill to pay for anything. 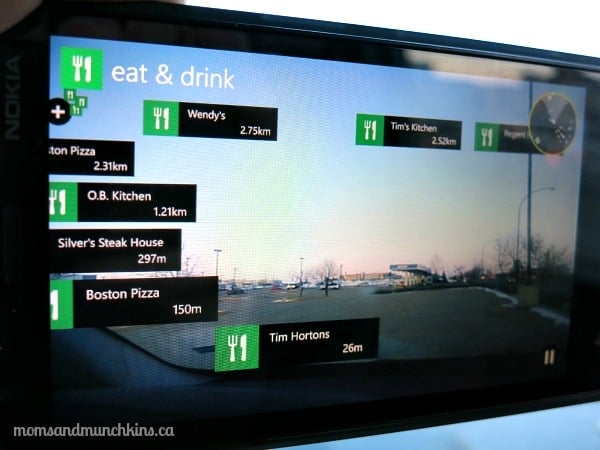 I used the phone to take a picture of my guy enjoying his lunch along with a picture of us saying goodbye to that lonely $20 bill that we found in the street. 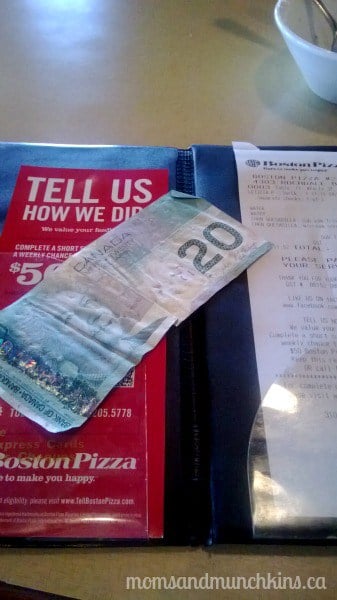 Have you tried the Nokia Lumia 620 phone yet? There are so many awesome features on it! The camera has 5.0 megapixels and has cool features like Smart Shoot (a series of snaps that lets you take the best pieces of each and make it into one photo) and Cinemagraph (allowing you to add motion to still pictures).

Apps like City Lens, Maps, Drive and Transit help direct you to where you need to go. It’s like your own handheld GPS system!

One feature that I love is Kids Corner. Do you ever lend your phone to your child to play with and then get it back to find that they made a few random phone calls and accidentally changed some of your settings? With Kids Corner you can set what applications your child will be allowed to use and lock them out of the rest. I’m sure this feature was designed by a parent!

To hear more about the Nokia Lumia 620, visit their product page. Right now Telus is offering the phone for $0 with a 2 year term or to buy the phone without a contract is $249 (an excellent deal for a phone with so many great features!).

Disclosure – I am participating in the Nokia Easter Break blog tour by enCompass Media on behalf of Nokia. I received compensation as a thank you for participating and for sharing my honest opinion.