This post is courtesy of our contributor Chelsea…I haven’t always been a fan of coconut but I recently discovered my new taste for delicious coconut cupcakes. Depending on the recipe, coconut really compliments the other flavors without being too noticeable. Are you a huge coconut fan? There’s something about a coconut cupcake that can make a rainy afternoon seem almost tropical!

To view the full recipe for each of these coconut cupcakes, simply click on the title of each recipe to open them in new windows. You’ll find even more tasty ideas in our Cupcake category. 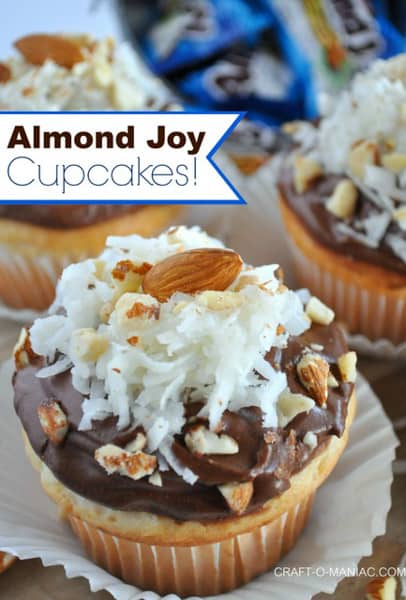 A very popular candy has been turned into a delicious cupcake – Almond Joy Cupcakes (pictured above) by Craft-O-Maniac!

No need to eat that entire box of Girl Scout Cookies when you can have one of these Easy Samoa Cupcakes by Java Cupcake instead! Would you eat the cookie garnish first or save it for last? 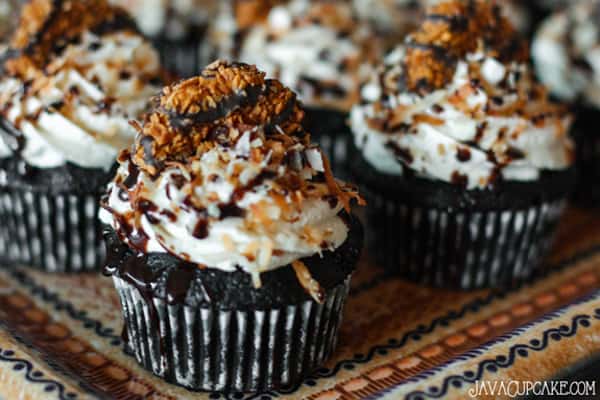 Look at these beautiful Chocolate Coconut Cupcakes Creme de la Crumb…are you drooling yet? They look amazing and they’d be a huge hit at a party. Be careful though…if you bring something this delicious to a party then you’ll be expected to bring something equally as tasty to every other party in the future. 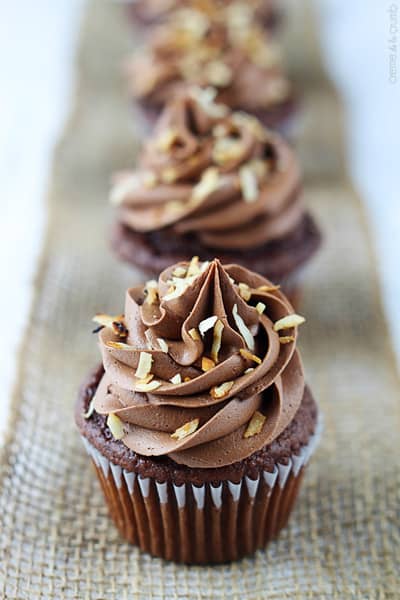 Don’t these Delicious Coconut Cupcakes from My Baking Addiction look amazing? I think I could have one or perhaps two! 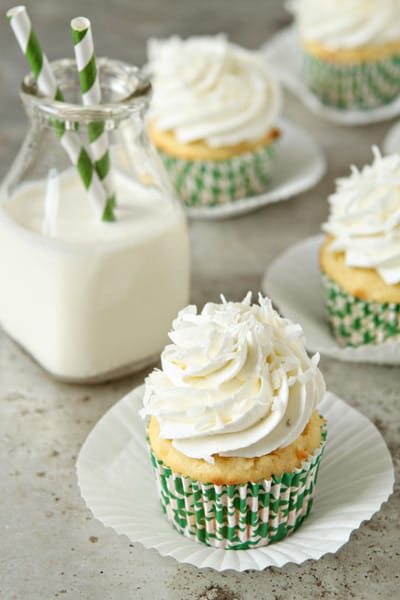 Toasted coconut is often a great addition to baked goods because of the flavor it adds. I’m loving these Toasted Coconut Caramel Chocolate Cupcakes by Half Baked Harvest. 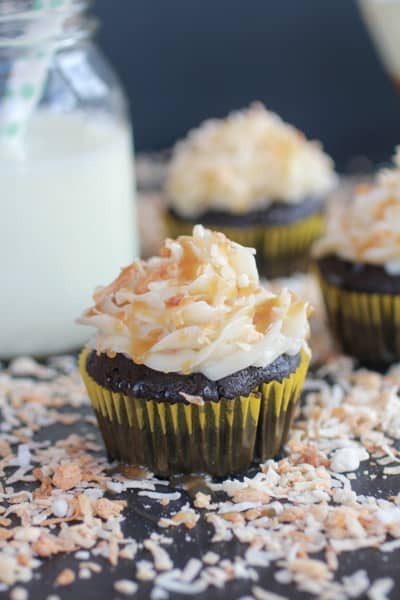 I have never had lemon with coconut before but I think these Lemon Coconut Cupcakes would be so refreshing! Oh So Sweet Baker filled them with a tangy homemade lemon curd. 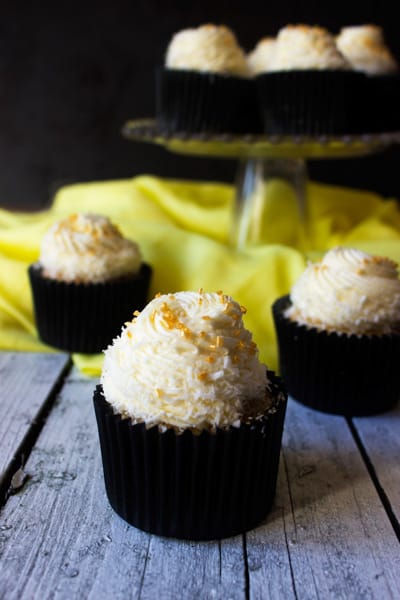 Chocolate with a mild coconut flavor sounds like the perfect combination to me. I’ll take a dozen of these delicious Chocolate Coconut Cupcakes from Bake with Christina! 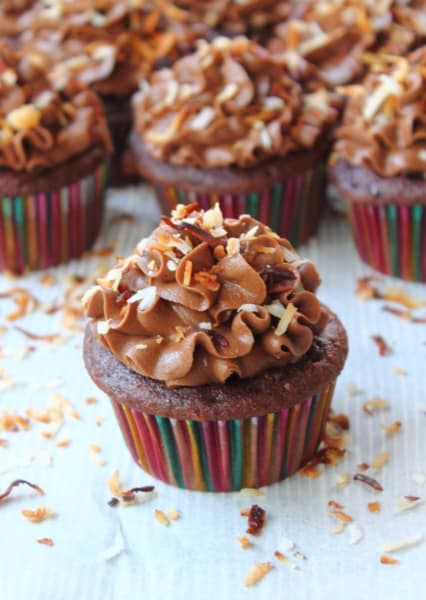 These Coconut Mocha Cupcakes with Coconut Frosting and Mocha Drizzle by Milk and Honey wouldn’t last long at a party. 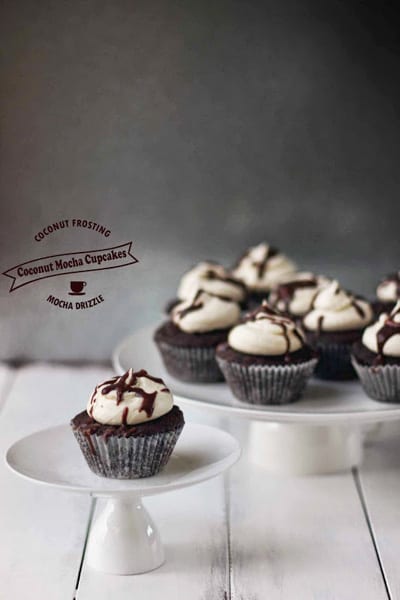 I have a confession…I’ve never had fresh shredded coconut before. After seeing this next cake though, I know that I must try it. This Fresh Coconut Cake by Fashionable Foods looks out-of-this-world delicious! 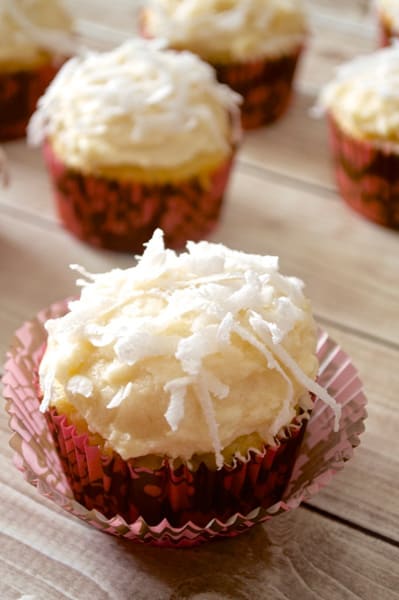 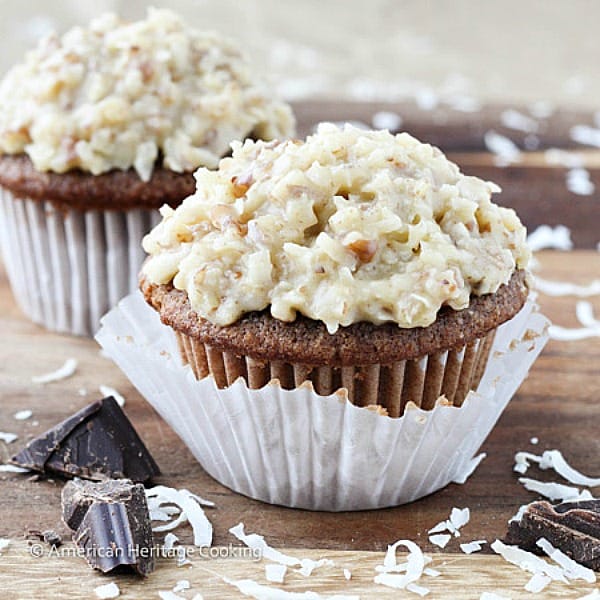 These Coconut Cupcakes with Cream Cheese Frosting by That Skinny Chick Can Bake would be great for a winter-themed party. I’d call mine “snowball cupcakes”. 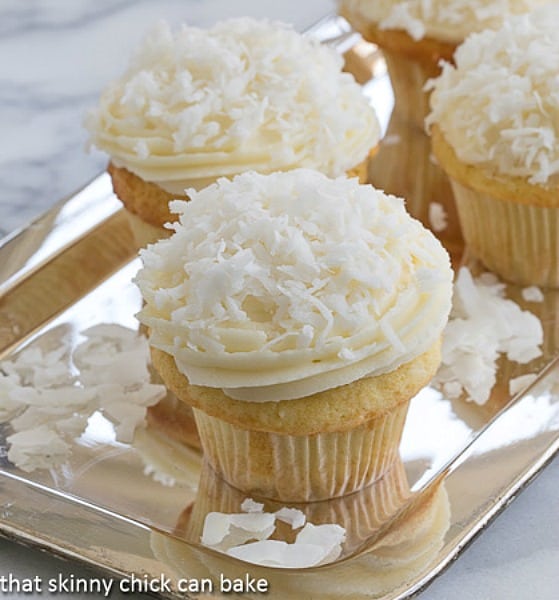 Be sure to pop by our Cupcake category for even more delicious ideas. 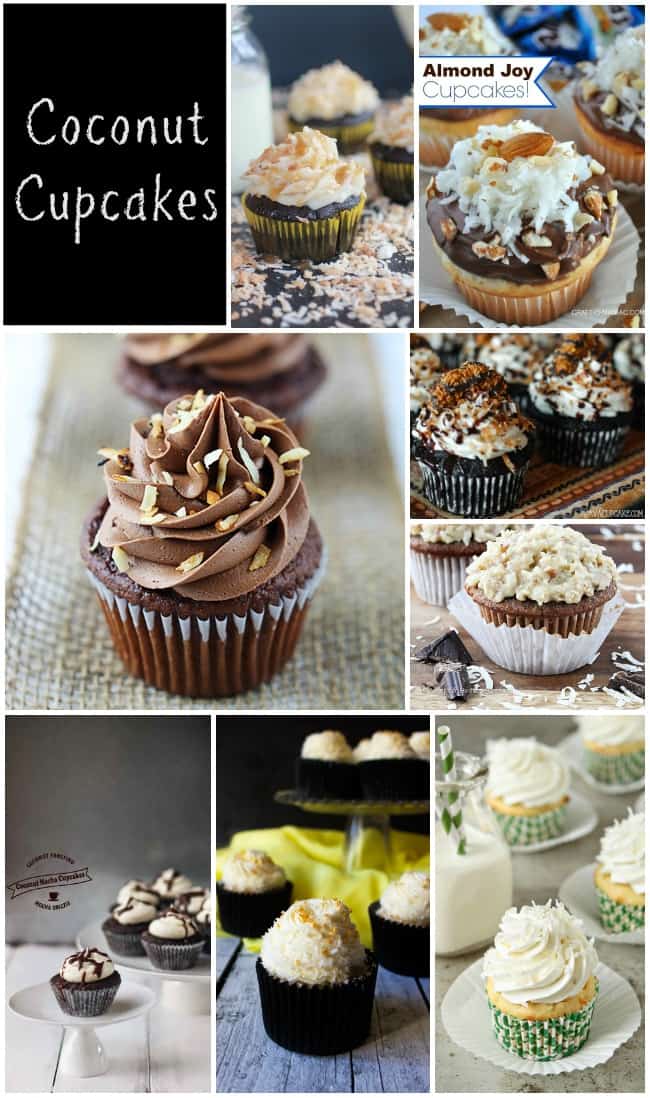